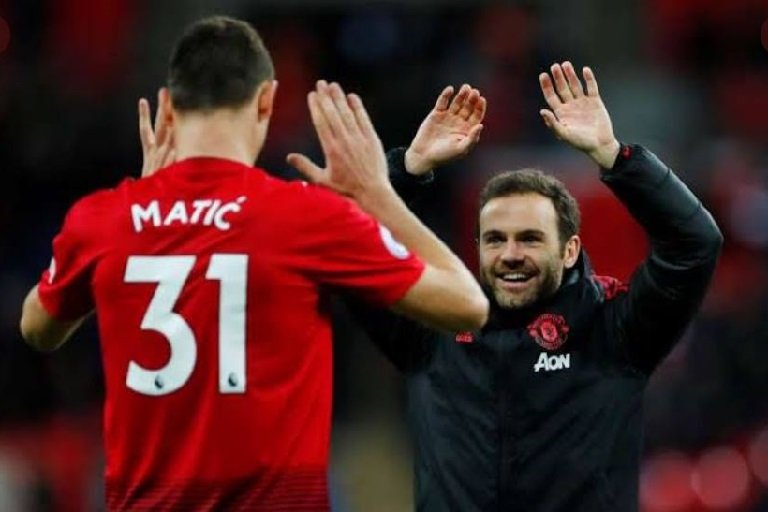 Juan Mata bid Manchester United farewell as they recorded their biggest win of Ralf Rangnick’s reign in his final home match as interim boss as Brentford were beaten at Old Trafford.

A brilliant opener from Bruno Fernandes was followed by a second-half penalty from Cristiano Ronaldo and Raphael Varane’s first United goal as the hosts cruised to victory.

Ronaldo also had a goal disallowed as he moved onto 18 Premier League goals, four behind Golden Boot leader Mohamed Salah.

The result keeps alive United’s slender hopes of Champions League qualification at least until next weekend, while Brentford could still go down, even though their 40 points is almost certainly enough to retain their status as a top-flight club.

For the third game running, home fans protested against the club’s owners, but while there were plenty of anti-Glazer family chants and green and gold flares in opposition to the Americans, the mooted 73rd-minute walkout did not materialise in any significant number.

United’s victory moved them on to 58 points with two games remaining, meaning they still have the chance to match their tally from the 2013-14 campaign under David Moyes, which is their lowest since the 59 they struggled to in 1990-91.

This was actually one of their better displays, helped in no small part by Juan Mata, who was making his first league start of the season in what was probably his last match at Old Trafford.

Mata could have had an assist to go with his precise passing and invention, only for Ronaldo to be judged marginally offside after he had scored from the veteran Spain international’s pass.

Ronaldo got his goal anyway, sending Brentford keeper David Raya the wrong way from the spot after the Portuguese had been fouled by Rico Henry.

That doubled a lead given to the hosts by Fernandes.

With a contract to 2026, Fernandes is one of the pillars of incoming manager Erik ten Hag’s United.

His first goal since February was a beauty, slamming home Anthony Elanga’s cutback with a first-time volley.

Raphael Varane’s deflected shot brought United their third – and with the protest not gaining the anticipated momentum, there were still plenty of fans in the stadium as the home players went on their post-match lap of appreciation for a season that most connected with the club cannot wait to end.

This was only Christian Eriksen’s ninth match for club and country since his return from the cardiac arrest he suffered while playing for Denmark against Finland at the European Championship in June 2021.

Yet the Dane has already done enough to show he can operate at a level above Brentford.

Within 10 seconds of kick-off, he had lifted a pass over the United defence that threatened to create an opportunity for Bryan Mbeumo before Victor Lindelof came across to cover.

It was a pin-point curling Eriksen cross that Ivan Toney headed over from a central position, a deep free-kick at the start of the second half that the striker was unable to keep on target and a long-range free-kick from the Dane that David de Gea had to palm away.

Eriksen’s contract runs out in the summer, although it does contain an option to extend it for a further year.

The big question is whether the 30-year-old repays Brentford – and Thomas Frank’s faith in offering him a way back into the game – and commits to another season or he accepts an offer from a bigger club, which will surely come his way.