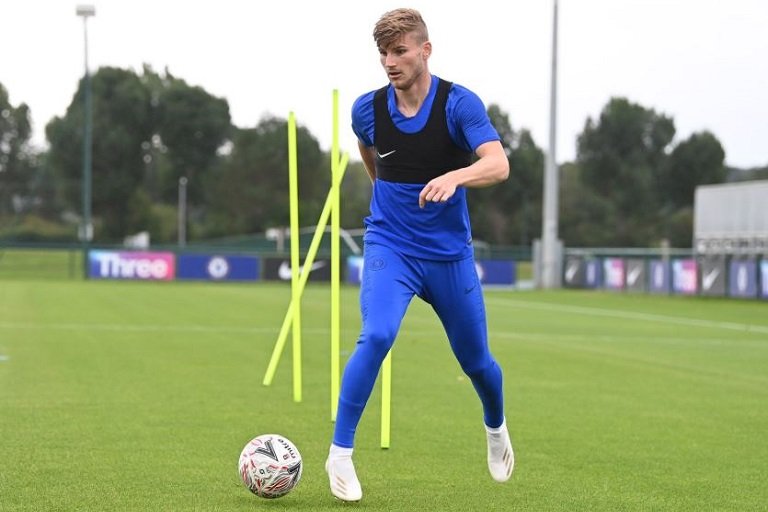 The agent of Chelsea and Germany forward Timo Werner, 26, has been in Italy meeting with AC Milan, Juventus and Atalanta. (Corriere dello Sport – in Italian)

Manchester United’s Paul Pogba, 29, favours a return to Juventus over a move to Paris St-Germain when his deal expires this summer, but the Italian side have doubts over the transfer because of the France midfielder’s wage demands and age. (Tuttosport – in Italian)

Liverpool view Villarreal’s Netherlands winger Arnaut Danjuma, 25, as a potential replacement for 29-year-old Senegal forward Sadio Mane, but the Reds are not expected to make a bid until 2023. (Goal)

Brighton have no plans to sell goalkeeper Robert Sanchez amid interest from Newcastle in the 24-year-old Spain international. (Football Insider)

Arsenal, Everton and Newcastle have all expressed interest in signing 28-year-old Netherlands forward Memphis Depay from Barcelona. (Superdeporte – in Spanish)

PSV Eindhoven and Netherlands winger Cody Gakpo, 22, has revealed his fondness for Arsenal as he continues to be linked with a host of Premier League clubs, including Manchester United and Liverpool. (Goal)

Former Brighton technical director Dan Ashworth is being prevented from taking up his new post as sporting director at Newcastle, with the Seagulls demanding £5m to release him from gardening leave. (Mail)

Barcelona believe they have a good chance of signing Bayern Munich and Poland striker Robert Lewandowski, 33, this summer. (Sport – in Spanish)

Leeds defender Luke Ayling, 30, says he wants to spend the rest of his career at the club. (Star)