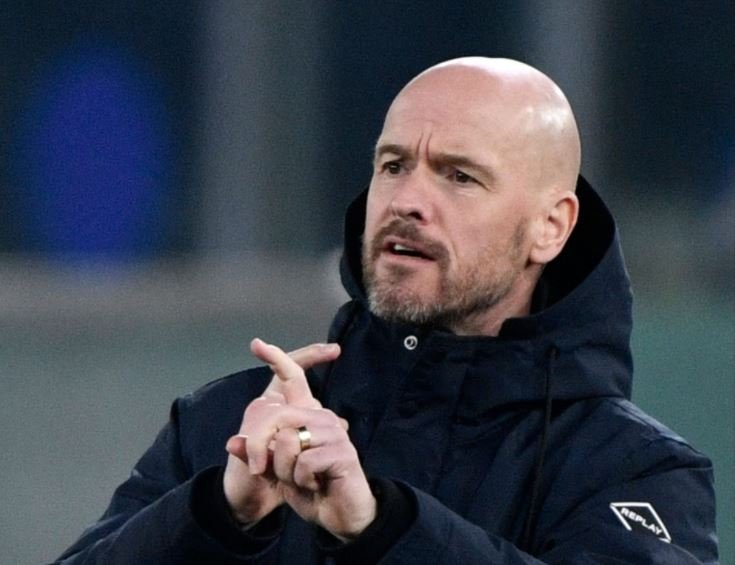 England striker Harry Kane, 28, is set to turn down a move to Manchester United this summer and stay at Tottenham, with the Old Trafford outfit set to announce Erik ten Hag as their new manager rather than Kane’s former Spurs boss Mauricio Pochettino. (Mirror)

Dutchman Ten Hag has made it clear to the Manchester United hierarchy that Portuguese forward Cristiano Ronaldo, 37, will not suit his style of play. (Star)

Ten Hag is considering moving for Tottenham’s Netherlands winger Steven Bergwijn, 24, when he takes over at United. (Mail)

The Old Trafford club have been handed a boost with Barcelona’s bid for Chelsea’s out-of-contract Germany defender Antonio Rudiger, 29, having stalled. (Sun)

Norwich right-back Max Aarons is a target for United and Arsenal, while Bayern Munich and Borussia Dortmund are also monitoring the 20-year-old Englishman. (Sun)

Manchester City have made Monaco’s France midfielder Aurelien Tchouameni, 22, their number one target this summer to replace the outgoing Fernandinho. (Football Insider)

Borussia Dortmund have broken through in their pursuit of Red Bull Salzburg‘s 20-year-old German forward Karim Adeyemi, who has been linked with a move to Liverpool. (Sky Germany – in German)

Tottenham retain an interest in signing Inter Milan’s Lautaro Martinez this summer after trying to sign him in January, although they are set to face competition from Atletico Madrid for the Argentina striker, 24. (Football Transfers)

Villarreal are opening talks with Tottenham about a permanent move for Giovani lo Celso having had the Argentina midfielder, 26, on loan since January. (Football Insider)

Leeds United have stepped up their interest in versatile Croatia defender Josko Gvardiol having gone close to signing the 20-year-old when he left Dinamo Zagreb for RB Leipzig in 2020. (Football Insider)