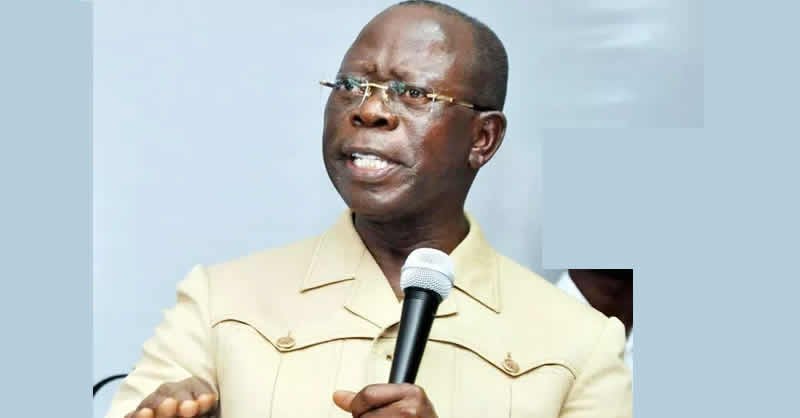 Former national chairman of the All Progressives Congress, APC, Comrade Adams Oshiomhole has dismissed reports on social media that he would declare for 2023 presidency.

The former Edo state governor said he is yet to make up his mind on what office he would be gunning for but when he does, Nigerians would hear from him directly.

“It must be a mistake, I will not declare on the pages of newspapers. If I will declare, it will be to people,” he said.

Chronicle NG reports that a banner and an invite were making the rounds on Friday morning that the former labour was going to declare for 2023 presidency.

The invite read, “I wish to specially invite you to Comrade Adams Oshiomhole’s public declaration to contest for the office of President, Federal Republic of Nigeria, in the 2023 general election, under the platform of the APC.

The date is Friday April 29th 2022 and venue is Cyprian Ekwensi Center for Arts and Culture, Area 10 Abuja. Time is 3 pm prompt.”

The invite was signed by one Victor Oshioke, Restructure The Change 2023.