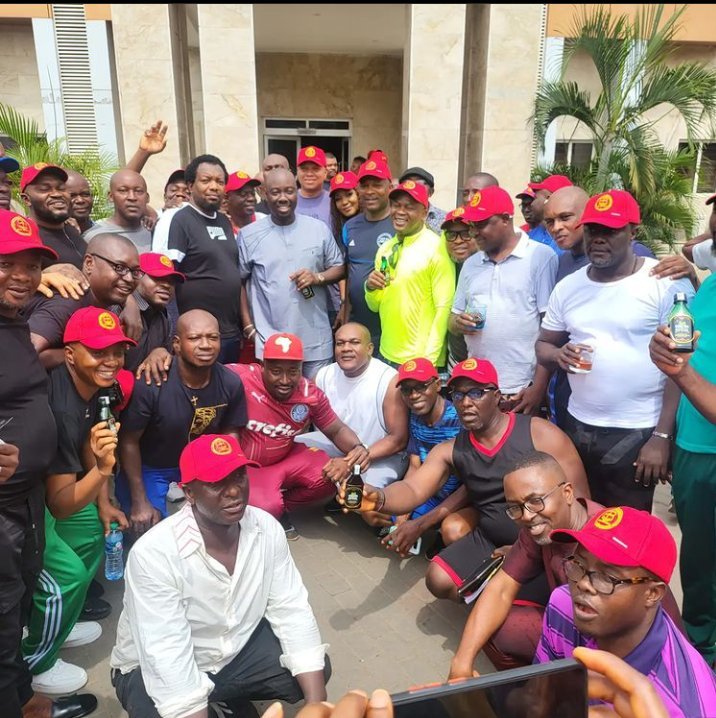 Billionaire Obi Cubana has surprised some of his classmates at Dennis Memorial Grammar School Onitsha, with a donation of N40m to be shared by 20 of the struggling mates.

Obi Cubana, whose real name is Chief Obinna Iyiegbu, made the donation on Friday as he hosted his class 92 for a reunion in Abuja.

He reportedly paid for the flight tickets and accommodation for the mates.

After dining and wining with them, he then announced the generous donation and asked other well-off colleagues to top it.

A video of the event, showed the mates greeted the announcement with ovation.

Obi Cubana’s gesture has earned him praises on social media from many Nigerians.

In tweets after tweets, they commended his benevolence.

Some of the comments read:

“Obi Cubana is that friend you want to have. God bless him and everyone like him”, Gravity @antigravitylite wrote.

“Of what more good can money be than to impact people’s lives?

“I hear positive stories of how he takes care of his workers. If two third of employers copy the Odogwo work model. Work place will be better in Nigeria”.

Dami Adenuga said: “It’s one thing to be rich, it’s another thing to have a spirit to give. Obi Cubana exemplifies this”.

Kelechi Imo @Kelechii_Imo also wrote: Obi Cubana has set a standard!
Just saw a video of the kind donation he pledged to some of his classmates who are not doing so well.

“I’ve always maintained, the act of giving comes from within. You don’t give because you are rich you give because it is in you!”.