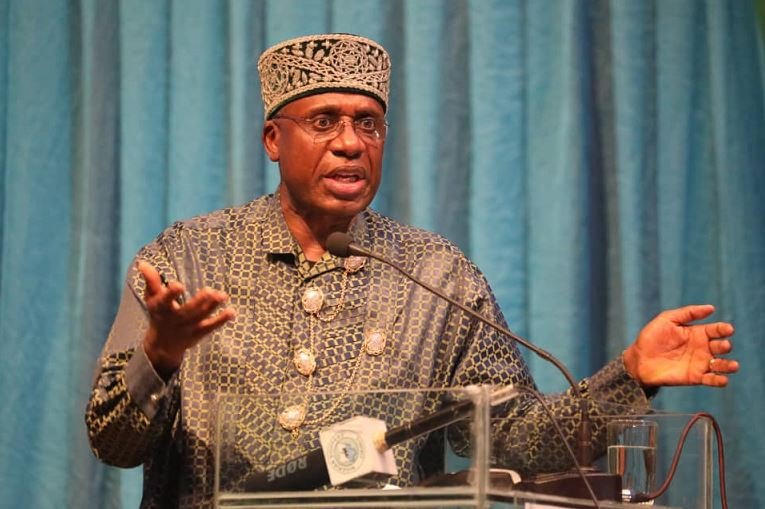 An All Progressives Congress (APC) chieftain in Rivers State, Sir Ebowei Gboru, has warned the party against giving its presidential ticket to Transport Minister Rotimi Amaechi over his unresolved N96 billion fraud case covering his activities and controversial sale of government assets as the governor of Rivers State.

Trailed by series of corruption allegations since the completion of his eight-year tenure as Rivers governor in 2015, Amaechi is presently locked in a drawn out court battle with the Rivers State Government to stop the probe into his sales of valued assets and subsequent withdrawal of N96 billion from the state coffers.

Some of the assets include the Omoku Gas Turbine, Afam Gas Turbine, Trans Amadi Gas Turbine, Eleme Gas Turbine, Olympia Hotel, and the award of contract for the execution of the failed monorail project that proved a low point of the Amaechi administration.

According to Sir Gboru, the APC risks undermining its anti-corruption stance if Ameachi, in spite of his court trials and ‘corruption baggage’, is allowed to emerge as its presidential candidate in the 2023 elections.

He said, “as a party that has repeatedly told Nigerians that we are against corruption and determined to restore probity and transparency to public service, it would amount to a needless own-goal to give our ticket to Mr. Rotimi Amaechi who is neck deep in a series of indicting corruption cases.”

“Since he left office as Governor in 2015, the Rivers State Government has uncovered questionable sales of government assets and suspicious withdrawals up to the tune of N96 billion.”

“Mr. Amaechi has been invited to explain these controversial deals, but instead of seizing the opportunity to demonstrate his innocence, he has gone to court to halt investigations and protect himself from the searchlight of the investigating commission and agencies.”

“There’s no telling what the Supreme Court would say about his attempt to hide from accountability. However, whichever way the Supreme Court judgement expected in May next month goes, I think it’s clear that the party cannot make a convincing case to Nigerians on fighting corruption if our party is led by a man with such heavy corruption baggage.”

“We are already facing serious questions from Nigerians over the pardoning of some ex-Governors who were indicted by the courts. Following that with the selection of Amaechi as our 2023 candidate will amount to self-immolation and completely destroy our credibility before Nigerians and the international community,” he said.

The Supreme Court will deliver judgement on Amaechi’s suit to halt probe into his N96 billion fraud allegations on the 27th of May. The Minister approached the Supreme Court following previous unsuccessful attempts to halt the investigations at the High Court and Appeals Court.