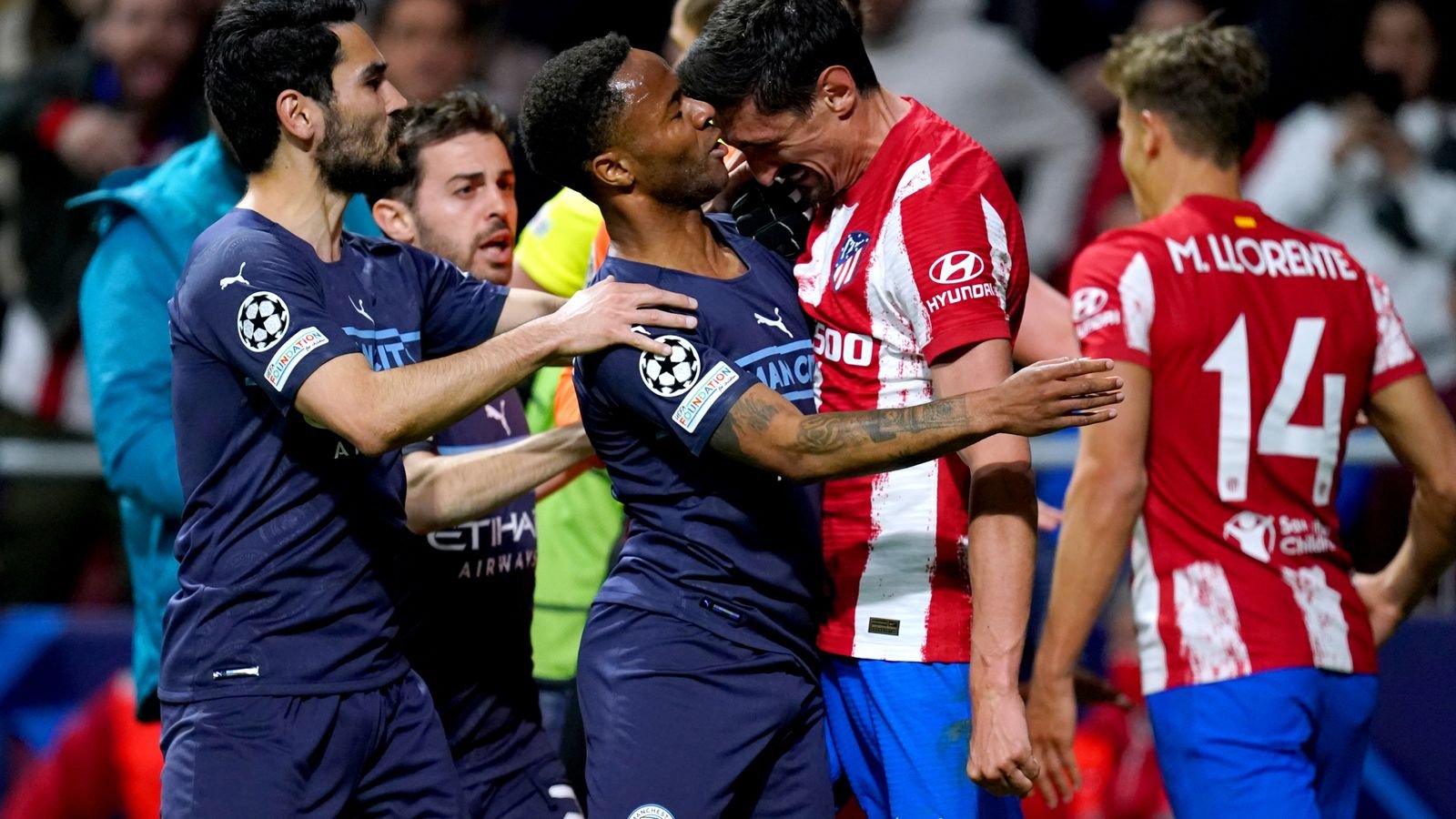 Tempers boiled over late on at the Wanda Metropolitano Stadium

Manchester City’s ill-tempered goalless draw away to Atletico Madrid was enough to secure a hard-fought 1-0 aggregate victory in their Champions League quarter-final.

Leading from the first leg thanks to Kevin De Bruyne’s goal, Man City retained their advantage in front of a boisterous Wanda Metropolitano crowd to progress to the last four.

There were nervy moments late on as Atletico pushed hard for the goal despite Felipe’s red card in stoppage time for a second bookable offence.

Ederson was forced into a 102nd minute save from substitute Angel Correa to ensure it is Man City who will play Real Madrid in the semi-final.

Atletico had been criticised for their shot-shy performance in Manchester but there was more intent from the outset in Madrid, showcasing their trademark aggressive approach.

The supporters booed Pep Guardiola’s name and jeered the taking of a knee. When the game kicked off, Felipe’s brutal challenge on Phil Foden drew blood from his head.

Foden played on with a bandage and City tried to play their football despite the hostility, almost finding the breakthrough goal when Ilkay Gundogan struck the foot of the post.

But Diego Simeone’s side redoubled their efforts after the interval, pushing more players forward and raising the tempo, with Antoine Griezmann firing just wide of the post.

Injuries to De Bruyne and Kyle Walker added to the sense of jeopardy as Simeone’s triple substitution midway through the second half heaped pressure on the away side.

But when Felipe was finally sent off for another foul on Foden, the job seemed to be done against their increasingly desperate hosts. Stefan Savic somehow stayed on the pitch despite an apparent headbutt on Raheem Sterling and then pull on Jack Grealish’s hair as tempers flared while Foden lay injured.

And yet, it still required a save from Ederson with all but the last kick of the game to deny Correa. Manchester City were through.