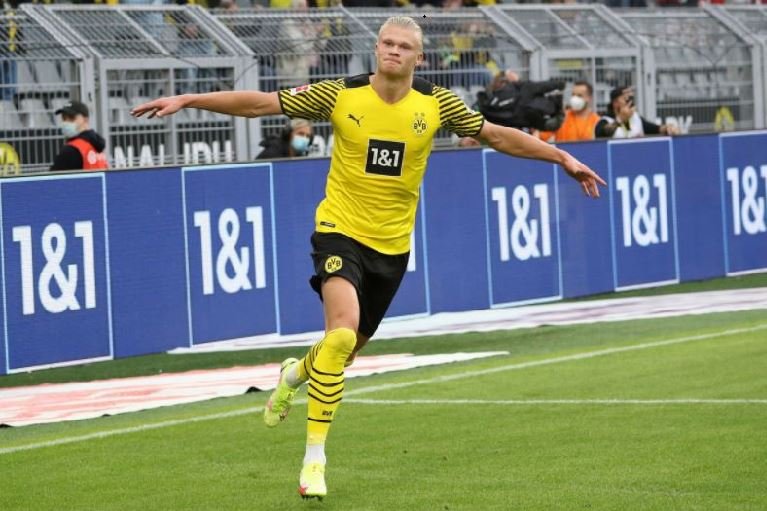 With France forward Kylian Mbappe, 23, expected to remain at Paris Saint-Germain, Real Madrid are preparing to step up their pursuit of Borussia Dortmund striker Erling Braut Haaland – dealing a blow to Manchester City’s chances of signing the Norwegian, 21. (Sunday Mirror)

Both Haaland and Monaco’s 22-year-old French midfielder Aurelien Tchouameni want to sign for Real Madrid – but the players continue to wait on the La Liga club to make a move. (AS – in Spanish)

Tottenham manager Antonio Conte wants to sign a number 10 in the summer transfer window to allow England forward Harry Kane, 28, to focus more on playing as a striker. (Mail on Sunday)

Meanwhile, Tottenham and Arsenal are set to go head-to-head to sign Leicester and England midfielder James Maddison, 25. (Sun on Sunday)

Inter Milan are interested in re-signing Belgium striker Romelu Lukaku, 29, from Chelsea this summer – but only on a loan deal. (Football Insider)

However, United are set to lose out on millions if they fail to qualify for the Champions League, because of a clause included in the club’s shirt sponsor deal. (Sunday Mirror)

Erik ten Hag is lining up former Manchester United player Robin van Persie as his coaching assistant if he takes over at Old Trafford, however the Ajax manager still has concerns about taking the job. (Mail on Sunday)

Rangers have no plans to attempt to extend 19-year-old Ivory Coast winger Amad Diallo’s loan move from Manchester United beyond the end of this season, or to negotiate a permanent deal. (Football Insider)

Liverpool are in the race to sign Torino’s 25-year-old Brazilian centre-back Gleison Bremer but face competition from Inter Milan. (Goal)

Chelsea will listen to offers for English defender Levi Colwill. The 19-year-old is currently on loan a Huddersfield Town. (Fabrizio Romano)