UCL: Liverpool through to semi finals after Benfica draw
Advertisement 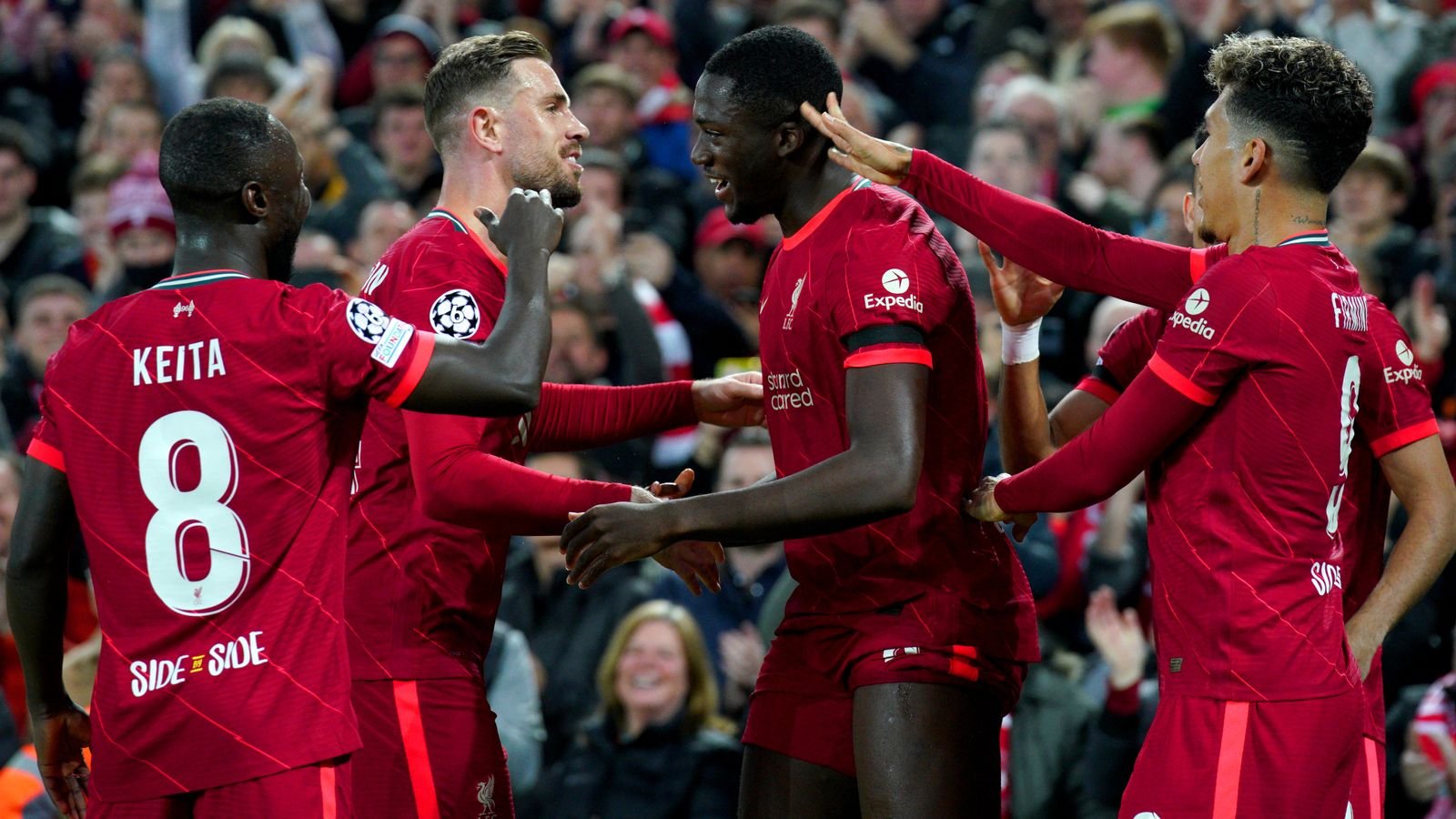 Liverpool booked their spot in the final four of the Champions League and a clash with Villarreal after seeing the job through with a 3-3 draw with Benfica (6-4 agg).

Ibrahima Konate and a Roberto Firmino double did the damage for Jurgen Klopp’s side as they repelled a brief threat of a Benfica comeback when Goncalo Ramos netted in the first half.

Roman Yaremchuk and the impressive Darwin Nunez scored two consolation goals for the visitors to level the game on the night but overall this was a routine evening for Klopp’s side, who decided to rest Virgil van Dijk, Sadio Mane, Trent Alexander-Arnold, Andrew Robertson and Mohamed Salah from the start in a rotated team from the 2-2 draw with Manchester City on Sunday.

Liverpool had been victorious on aggregate in all 35 of the UEFA competition ties in which they won the away first leg and had few moments of worry at Anfield, holding a 3-1 lead from the first leg.

Just like the first leg, it was a set-piece that opened the scoring for Klopp’s side and once again it was Konate. Kostas Tsimikas whipped the corner in from the left and the centre-back sprung between three Benfica defenders to head into the bottom corner.

Liverpool’s risk-reward offside trap that usually catches plenty of prey was breached on 32 minutes when James Milner’s deflected block sent through Ramos, who finished confidently into the far corner.

Any hope of an unlikely comeback at Anfield required Benfica to grab the next goal but Liverpool put their foot down in the second half. Their second goal arrived in comical fashion when goalkeeper Odysseas Vlachodimos blotted his copybook with an unforced error to allow the ball to slip out of his grasp and a rushed Jan Vertonghen clearance allowed Diogo Jota to cross for Firmino to tap in.

The Brazilian was on hand to grab his second goal 10 minutes later from another excellent Tsimikas delivery that was missed by Nicholas Otamendi and finished in classy fashion by the Liverpool striker.

Benfica managed to break through the Reds offside trap again on 73 minutes when Yaremchuk scampered through and rounded Alisson. The offside flag originally chalked the goal off but VAR stepped in to award it as Joe Gomez was playing the Ukrainian striker onside.

VAR was involved again on 81 minutes to overturn another wrongly-called offside decision which had ruled out Nunez’s tidy finish from a Joao Mario pass. Nunez, linked with a host of Premier League clubs, almost set up a grandstand finish but his powerful volley was brilliantly stopped by Alisson and his late finish was ruled out by the assistant referee – this time correctly.