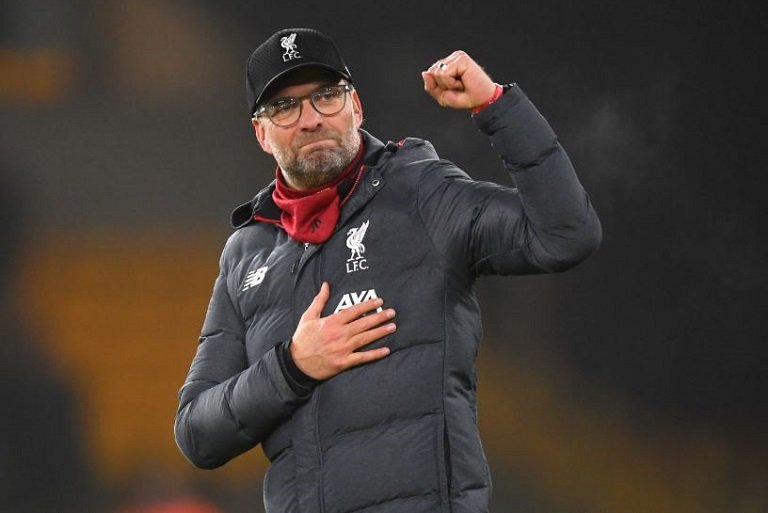 Liverpool manager Jurgen Klopp has agreed a two-year contract extension committing him to the club until 2026.

Klopp, 54, joined the Reds in 2015, but suggested in March he would follow through with a plan to take a break from the game when his deal ended in 2024.

But the club have signed Klopp and his staff to longer deals at a time where the team are chasing a quadruple.

He said he was “delighted, humbled, blessed, privileged and excited”.

The boss has a special message for you… ❤️ pic.twitter.com/T4vFwYFN9p

Klopp added: “When the owners brought the possibility to renew to me, I asked myself the question I’ve mused over publicly. Do I have the energy and vibe to give of myself again what this amazing place requires from the person in the manager’s office?

“I didn’t need too long to answer in truth. The answer was very simple… I’m in love with here and I feel fine.”

Klopp’s quote refers to an adapted version of The Beatles song I Feel Fine that Liverpool fans have taken to chanting in support of him in recent weeks.

His assistant managers Pep Lijnders and Peter Krawietz have also signed extended deals, a move Klopp said was “massive” for him in order to “continue the continuity of our project together”.

He also said his wife Ulla was instrumental in his decision, adding: “The most important contract I signed in my life was with Ulla.

“There is just so much to love about this place. I knew that before I came here, I got to know it even better after I arrived and now I know it more than ever before.

“There is a freshness about us as a club still and this energises me. For as long as I have been here, our owners have been unbelievably committed and energetic about this club and it is clear that right now this applies to our future as much as I’ve ever known.

‘Jurgen is the perfect figurehead’

Klopp has guided Liverpool to five trophies since joining the club.

The Reds, who have lifted the Carabao Cup this season, remain in the hunt for the Premier League title and the Champions League, and face Chelsea in the FA Cup final on 14 May.

No English club has ever won all four of those trophies in the same season.

The former Borussia Dortmund manager promised to turn Liverpool’s supporters from “doubters into believers” when he joined a club who, at that point, had not been champions of England since 1990, and had gone three years without a trophy of any kind.

He guided them to a sixth European Cup success in 2018-19 but arguably his biggest achievement to date was in 2020, when he ended Liverpool’s 30-year wait for a 19th league title.

Klopp’s move to a high-pressing style has been a key part of Liverpool’s success. Under him, they posted 97 points to finish second in the Premier League to Manchester City in 2018-19 before reaching 99 a year later to lift the title.

“This is especially true of what he stands for, on and off the pitch. It also applies to the leader he is and the man he is.

“Because of our extraordinary playing squad, outstanding coaches, world-class football operations team and brilliant club staff, we are blessed with the most valuable resource an organisation could wish for: amazing people.”