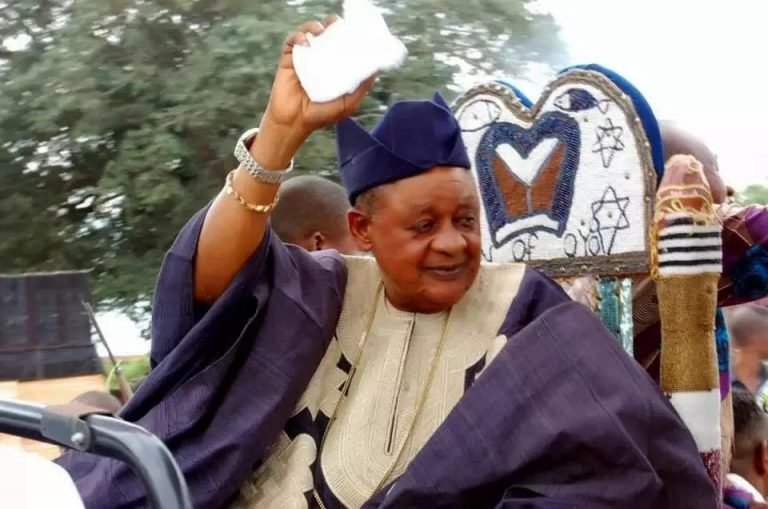 The Janazat prayer has been conducted on the remains of the late Alaafin of Oyo, Oba Lamidi Adeyemi III, at the ancient palace in Oyo Town.

The New Agency of Nigeria (NAN) reports that Janazat prayer is an Islamic prayer conducted on the deceased before going for final interment by 4.00 p.m.

The prayer was led by the Chief Imam of Oyoland, Shelkh Moshood Ajokidero at exactly 11.55 p.m.

It was attended by Islamic clerics, sympathisers and some politicians.

NAN, however, gathered that the body of deceased would be laid to rest at Baara after other traditional rites might have been conducted.

Addressing newsmen after the prayer, Ajokidero said that the deceased had contributed his qoutas to the development of Oyo Town, Oyo State and Nigeria in general.

The Chief Imam said that Adeyemi had impacted on the lives of many people positively and would forever be remembered for his good deeds.

He called on the livings to always impact positively on humanity, adding that everyone would be remembered for his or her deeds, either good or bad.

Alao said that Yorubaland and Nigeria in general would miss Adeyemi’s intellectual contributions to Yoruba culture and development.

According to a reliable source, the remains of Oba Adeyemi III will be buried in Baara.

“Baara is not just the final resting place of all the Alaafins, it is also a place where the Alaafin goes to whenever there is need to commune with his ancestors to seek for guidance and or directions,” the source told NAN.