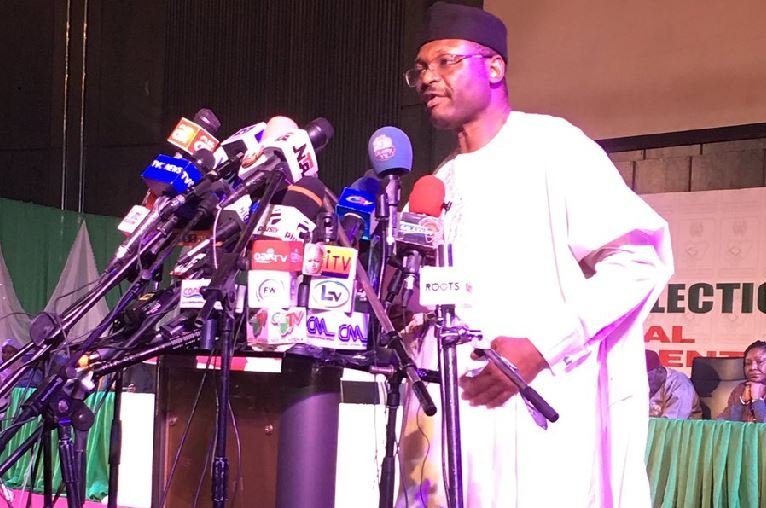 The Independent National Electoral Commission (INEC) has directed all registered political parties to submit copies of their membership register to the commission, in compliance with the new Electoral Act 2022, before their primary elections.

Yakubu said that the new Electoral Act made it mandatory for political parties to submit their registered members to the commission 30 days before their primaries.

“Let me also seize this opportunity to remind political parties that by the provision of Section 77 of the Electoral Act 2022; each party is required to maintain a membership register in hard and soft copy and to make such register available to the Commission not later than 30 days before the date fixed for primaries, congresses and conventions.

“ So far, only one political party has complied. It is a mandatory requirement of the law and all parties are required to comply.

The INEC chairman also advised the RECs to thoroughly study the new Electoral Act, saying a credible election is anchored on the law.

“As you are aware, the Electoral Act, together with the Constitution of the Federal Republic of Nigeria 1999 (as amended) and our Regulations and Guidelines for the Conduct of Elections, constitute the electoral legal framework for elections.

“As election managers, it is incumbent upon us to familiarise ourselves with the legal framework.”

On the ongoing Continuous Voter Registration (CVR), particularly the creation of additional centres to devolve the exercise beyond INEC State and Local Government offices nationwide, Yakubu said that a total of 2,673 centres had been activated nationwide.

He disclosed that in the last one week of the exercise, 405,587 eligible Nigerians had completed the registration at the various centres.

This, according to him, represents about 31 per cent increase on the average figure of 125,000 weekly registrations since the exercise commenced in June 2021.

Yakubu also said that while INEC expected a surge in new registrations as it approached its June 30 deadline, it was prepared for it.

He, however, said that INEC was concerned about the safety of prospective registrants, INEC personnel, equipment and materials, including the printed Permanent Voters Cards (PVCs) made available for collection by registered voters.

Yakubu, who said that recent incidents involving INEC staff and facilities were worrisome, recalled that following the unfortunate attack on INEC staff in Imo State last week, the Commission suspended the CVR in all the 54 additional centres in the State.

“The exercise is now restricted to our State and Local Government offices except Ihitte Uboma, Njaba and Osu where the exercise had been suspended for the time being.

“Similarly, based on the urgency of the situation in Anambra State, the CVR has been suspended in all the 42 additional centres and confined to our State and Local Government offices except Nnewi South and Ogbaru LGAs where the exercise had also been temporarily suspended.

“Furthermore, in Kaduna State, the exercise had been suspended in Jema’a and Kaura as well as large areas of Birnin Gwari and Giwa on account of insecurity in the four LGAs.

“ In addition, two of our staff were abducted by bandits but later released in Isa LGA of Sokoto state while on voter registration duty.”

Yakubu said that the commission would keep monitoring and reviewing the situation nationwide, always bearing in mind the imperatives of ensuring the safety and security of INEC staff and registrants.

However, he said that in spite of the security challenges, INEC remained resolute in its determination to conduct the 2023 General Election as scheduled.

“In doing so, every eligible Nigerian must be given the opportunity to vote, including citizens in Internally Displaced Persons (IDP) camps.

“Happily, the Commission has a standing policy on IDP voting which had been periodically reviewed.

“In the light of the security challenges around the country and guided by the provisions of the Electoral Act 2022, the Commission will immediately review the policy to ensure that no internally displaced Nigerian in any part of the country was disenfranchised.

“The issue of IDPs is one that would be discussed at this meeting.

“The Commission is confident that our security agencies have the capacity to deal with the security challenges ahead of the 2023 General Elections.

“Fortunately, we have started the preparations for the election early. There is, therefore, ample time to deal with the current situation to enable the Commission and all stakeholders to deploy nationwide for the elections.”

Olubadan To Osinbajo: In God’s name, you will be President of Nigeria