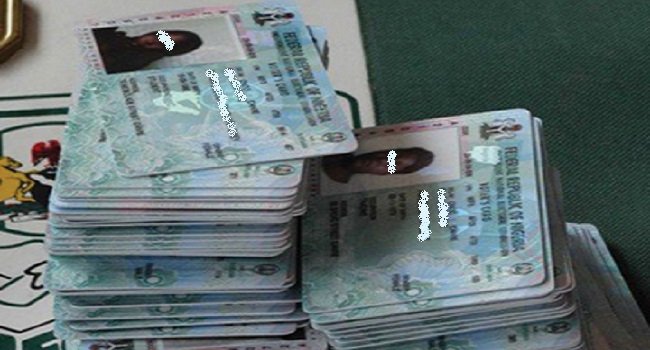 The Independent National Electoral Commission (INEC) on Wednesday began the distribution of over 33, 000 Permanent Voter Cards (PVCs) to newly registered voters in the state.

While inaugurating the exercise at the INEC offices in Somolu and Kosofe Local Government Areas, Mr Olusegun Agbaje, the Resident Electoral Commissioner, told newsmen that the PVCs of those who registered between June 2021 and Dec. 2021 were available for collection.

Agbaje, who urged new registrants within the period to approach INEC offices across the 20 LGAs in the state, said that the collection would be from 9am and 3pm daily with the exception of weekends.

According to him, there is no collection by proxy, hence every applicant must appear physically to collect their PVCs.

He said that the commission, in an effort to prevent the PVCs falling into wrong hands was also taking the data and photographs of those collecting them before issuance.

Agbaje said, “What we are doing here today is to symbolically give out the PVCs to those who registered between June and December last year.

“Their PVCs are ready and they have been sent to various states of the federation and for us in Lagos also, our cards are ready and we have symbolically flagged off the distribution of PVCs in Somolu and Kosofe.

“For those who registered between January 2022 and now as well as until the end of the CVR exercise in June, their Permanent Voters Cards will be ready and we are going to announce when they will come and collect theirs also.

“In Lagos State we have received over 33,000 Permanent Voters Cards,” Agbaje said.

The INEC boss, who urged qualified residents to avail themselves of the ongoing Continuous Voter Registration (CVR) before expiration on June 30, said both the CVR and collection of PVCs would continue at INEC offices.

He said the voters cards of those who engage in double or multiple registrations would not be printed.

Responding to the need to decentralise the PVCs distribution to the ward level, Agbaje said that people needed to made sacrifice to collect their cards at the INEC offices in each LGA.

“People have to make some sacrifice having taken pains to register and the cards are out for them to vote in the next general elections.

“When the commission decides that we should take the PVCs out from LGAs to Registration Areas (Wards) or other parts of the LGAs, we will also do so in Lagos,” he added

Agbaje urged all stakeholders including the religious leaders, traditional rulers, politics parties and others to mobilise applicants who register between the stipulated period to collect their PVCs.

Miss Nofisat Shobowale, a student of the University of Lagos and first recipient of the card in Somolu LGA, described the PVCs as her power to decide who she would vote to represent her in government.

Mr Edu Oludamilare, a civil servant and first recipient of the voters card in Kosofe LGA said “this is my civic right to vote but I thought this card would come earlier than it came having registered since late year.”