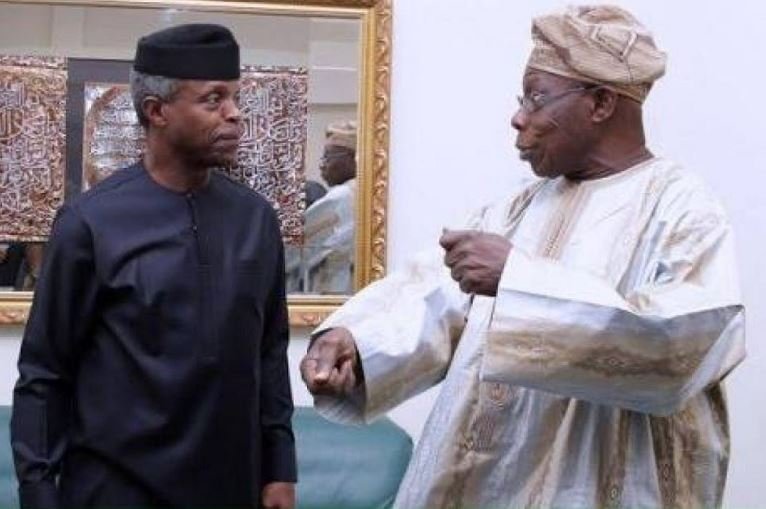 As mixed reactions continue to trail Professor Yemi Osinbajo’s declaration to run for the post of President in 2023, a veteran and award winning journalist, Mustapha Ogunsakin has revealed how the VP declined then President Olusegun Obasanjo’s offer to dump Asiwaju Bola Tinubu and become Attorney General of the Federation.

Ogunsakin’s revelation is coming on the heels of personal attacks heaped on the VP by some political opponents, trying to brand the VP a betrayer because he threw his hat in the ring.

Detailing how he turned down Obasanjo’s offer, Ogunsakin in an article titled “Attacking Osinbajo” said “in 2005, President Obasanjo invited Osinbajo to take appointment as the Attorney General of the Federation after Chief Akin Olujimi, SAN left office.

He said Obasanjo was impressed by Osinbajo’s impeccable record and wanted him to replicate the wholesome changes he had implemented in Lagos but Osinbajo was loyal to Asiwaju Bola Tinubu and Lagos state.

“Obasanjo saw the sterling qualities and performance that Osinbajo had as Attorney General of Lagos. The President without informing Tinubu offered the post to the Lagos AG. The first thing Osinbajo did was to inform his principal, Tinubu, who gave him a free hand to take his decision.”

Continuing, Ogunsakin said “Osinbajo made a request to Obasanjo: “Release Lagos Council funds.” Obasanjo replied that Osinbajo should first take the appointment and then advise him as Attorney General of the Federation on the matter.

“Osinbajo went underground and for weeks, Obasanjo could no longer reach him. It was obvious to the President that Osinbajo deliberately avoided him. He went on to appoint Chief Bayo Ojo SAN as his AGF and Minister of Justice.”

“Osinbajo rejected the position of AGF and Minister of Justice and stayed with Tinubu! Nobody complained then,” the award winning journalist noted.

Speaking further, Ogunsakin said, “the Vice President not only stood with Tinubu, but stayed loyal to Lagos State. He did not betray Tinubu then”.

Cautioning those calling Osinbajo a betrayer, Ogunsakin said “but now when it is convenient for them, some political and religious bigots are shouting betrayal!

Everyone knows that if you want to hear the story of how your father met your mother, join politics.”

He urged anyone criticising the Vice President on account of his declaration for the presidency “to do so on valid facts! Not lazy, religious and political lies that reveal your foolishness and hatred for a man who is doing his best to make his country and people better.”