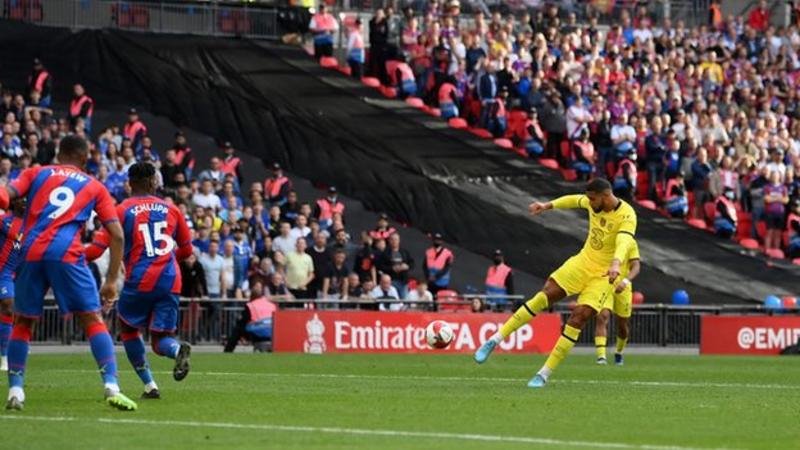 Chelsea set up a second Wembley meeting with Liverpool this season as they overcame Crystal Palace’s stubborn resistance to reach the FA Cup final.

Liverpool won the Carabao Cup final on penalties in February but Chelsea will have the chance for revenge as second-half goals from Ruben Loftus-Cheek and Mason Mount underlined their supremacy.

Unlike the first semi-final between Liverpool and Manchester City, chances were at a premium until substitute Loftus-Cheek, on for the injured Mateo Kovacic, broke the deadlock with a deflected shot after 65 minutes.

Palace had their opportunities, Chelsea goalkeeper Edouard Mendy saving well from Cheikhou Kouyate in the first half, but they could not come back after Mount slipped a low finish beyond Jack Butland with 14 minutes left.

Chelsea have deservedly reached their third successive FA Cup final and will now hope to reverse recent history after losing the previous two to Arsenal and Leicester City.

Manager Thomas Tuchel has a remarkable record in reaching domestic and European finals since his appointment and Chelsea will be formidable opponents for Liverpool, who are in search of a historic quadruple.

Chelsea had to work had for their triumph but they showed patience, organisation and then quality to take control after half-time.

By the end, Chelsea were in complete command and only some generosity in front of goal from substitute Romelu Lukaku, who struck the post when it seemed easier to score, and the otherwise excellent Timo Werner prevented a scoreline that would have been harsh on Palace.

Chelsea may be surrounded by turmoil off the pitch amid the sanctions against owner Roman Abramovich, but a winning mentality persists on it and the players showed admirable powers of recovery following the disappointment of their Champions League quarter-final elimination by Real Madrid.

And if the EFL Cup final between Chelsea and Liverpool earlier this season is anything to go by, the FA Cup equivalent will be a tightly-contested affair between two high-quality sides.

Palace on the right track

Palace manager Patrick Vieira and his players were understandably devastated at the final whistle but the Eagles’ performance here, and over the season as a whole, gives great cause for optimism.

Vieira has squad boasting several emerging young talents playing attractive football, although they were required to show a more pragmatic side here as they contained Chelsea well until their former loanee Loftus-Cheek struck with an effort that took a slight deflection.

There was no way back for Palace after that but, backed by truly magnificent support, they give the impression of a well-run club on the right lines under an astute manager with an excellent structure around him.

Danger man Wilfried Zaha was just too isolated to make an impression but the key component missing was the guile, quality and exuberance of England midfield man Conor Gallagher, who was unable to play against his parent club.

Defeat will hurt, but Vieira and Palace can nevertheless be delighted with the progress the club is making.