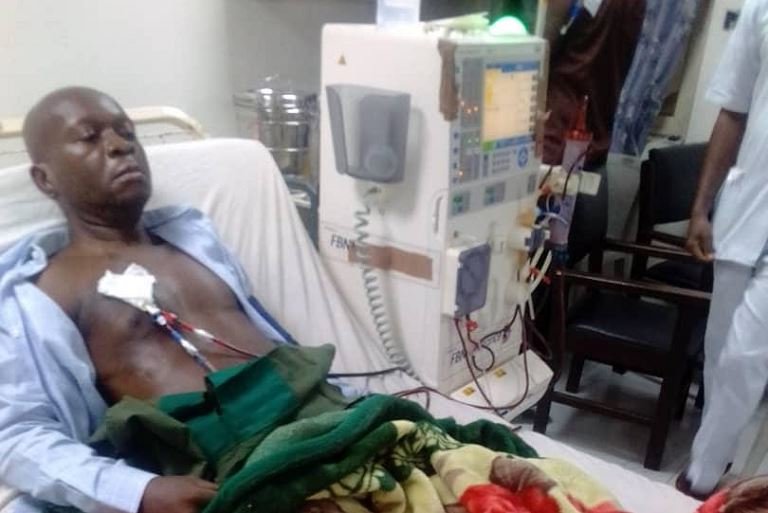 A former sports editor Dipo Okubanjo, has made an appeal for help to raise N20 million for kidney transplant is currently battling for his life as he has been diagnosed with kidney disease that has left him in a dangerous health condition.

At the time he fell ill, he was a media officer with Covenant University, Ota. He had worked with many media houses, including The News/TEMPO/ PM NEWS, The Moment and The Union.

Okubanjo, who is on weekly dialysis at the Gbagada General Hospital in Lagos, was diagnosed with renal failure last year, with the condition keeping him out of circulation since then.

According to him, the doctors said he needs N20 million for a kidney transplant, a cost he is unable to afford.

“It was at Gbagada that I was told that my kidney was failing,” he said in a statement sent to Chronicle NG.

“I was placed on three rounds of dialysis per week before it was reduced to two, with each costing N45,000.

“I now do one per week due to paucity of funds. So far, we have spent over N5million, which have come from family, friends, my place of work and personal savings. Sourcing for funds has not been easy but God has been faithful. It is impossible to raise N20million needed for the transplant while still battling to pay for dialysis. This is why I’m reaching out to good Nigerians to help with whatever token they can afford,” he stated.