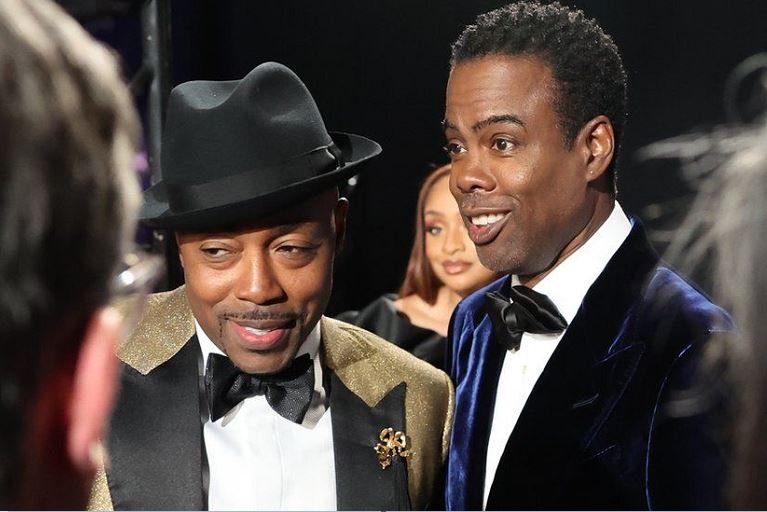 The producer of the Oscars has said he prevented Will Smith from being “physically removed” from the ceremony because “Chris Rock did not want that”.

Will Packer said he had been told the bosses of the organising academy had planned to have the actor ejected after he slapped the comedian on stage.

“I had not been a part of those conversations,” Packer said.

“So, I immediately went to the Academy leadership that was on site and I said, ‘Chris Rock doesn’t want that’.”

Packer told ABC’s Good Morning America, in his first interview since the incident, that he had he had told academy bosses: “Chris Rock has made it clear that he does not want to make a bad situation worse.”

“So I was advocating what Rock wanted at that time, which was not to physically remove Will Smith at that time, because, as it has now been explained to me, that was the only option at that point.

“It has been explained to me that there was a conversation that I was not a part of to ask him to voluntarily leave.”

Packer also described how Rock told police officers at the ceremony he did not want Smith to be arrested.

“They were saying, you know, this is – battery was the word they used at that moment. They said, ‘We will go get him. We are prepared. We’re prepared to go get him right now. You can press charges. We can arrest him’.

“The other LAPD officers finished laying out what his options were and they said, ‘Would you like us to take any action?’ And he said, ‘No’. He said, ‘No’.”

Smith has apologised for striking Chris Rock over a joke about his wife, Jada, while Packer and the Academy of Motion Picture Arts and Sciences have come under scrutiny for their responses.

Packer, who produced the 2015 Oscar-nominated film Straight Outta Compton and 2017’s Girls Trip, told the programme that Smith also apologised to him the morning after.

“He said, ‘This should have been a gigantic moment for you’, and he expressed his embarrassment, and that was the extent of it.”

The producer had initially assumed Smith’s appearance on stage was something he and Rock had planned, he explained.

“Once I saw Will yelling at the stage with such vitriol, my heart dropped and I just remember thinking: oh no, not like this.”

After the film awards finished on Sunday, a police spokesperson said: “The individual involved has declined to file a police report.

“If the involved party desires a police report at a later date, LAPD will be available to complete an investigative report.”

On Wednesday, the Academy of Motion Picture Arts and Sciences, which organises the Oscars, released a statement saying: “While we would like to clarify that Mr Smith was asked to leave the ceremony and refused, we also recognise we could have handled the situation differently.”

The organisation has started disciplinary proceedings against Smith, and its board will meet on 18 April to discuss what action to take.

That could include “suspension, expulsion, or other sanctions permitted by the bylaws and standards of conduct”, it said.

Rock said on Wednesday, as he hosted the latest leg of his US tour in Boston, that he was “still processing what happened”.

Chris Rock, who was greeted with a standing ovation by fans, also denied some reports in US media that he had spoken to Smith since the incident.