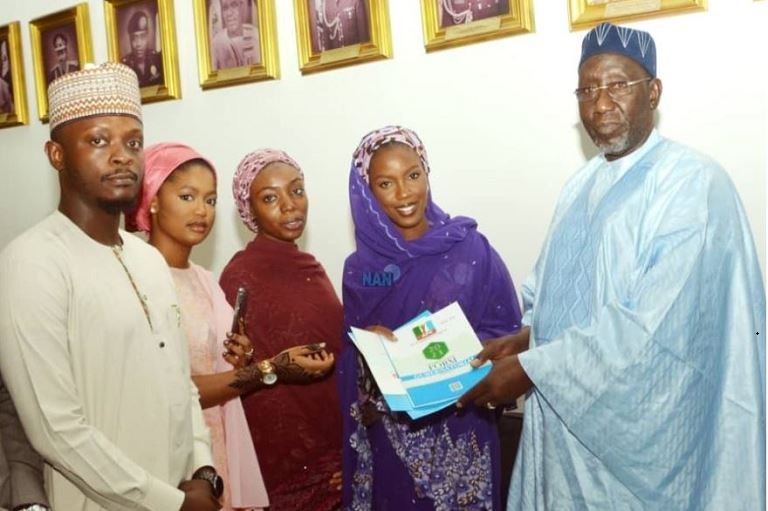 A new variant of buying of Expression of Interest and Nomination forms came to the fore at the All Progressives Congress (APC) party in Abuja on Thursday.

Seventeen children of an APC governorship aspirant in Kaduna State, Alhaji Sani Sha’aban, came together and bought the forms for him to contest the 2023 governorship election in the state.

What was trending in the political arena before Thursday was for “pressure groups’’ and “friends’’ to pick the forms for aspirants in virtually all the political parties.

Asmau Sani-Sha’aban, the Chief Executive Officer, Design Oasis and eldest daughter of the governorship aspirant, confirmed on Thursday in Abuja that the children came together and contributed the N50 million needed to pick the forms.

She said the forms were gifts from the children to “our father, who is an astute politician with great competence and ability.

“He has what it takes to govern and to bring lasting peace to Kaduna State.

“His chances of emerging victorious in the election are bright because the people love and admire him.’’

Asmau, a construction engineer, described her father as a man with empathy who relates well with all, including with the less privileged.

She assured Kaduna State residents that if elected as governor in 2023, her father would address issues of insecurity in the state by creating employment.

“He believes that insecurity in the state is caused by lack of jobs.

“To him, if the people are properly engaged, and there are enough jobs, issues of insecurity will be brought to an end as the people will be gainfully employed.

“If there are enough jobs, insecurity in the state wouldn’t be as bad as it is today,’’ she said, adding that her father’s priority would be education and advancement of technology.

Osinbajo as representation of the best amongst us by Babatunde Obele