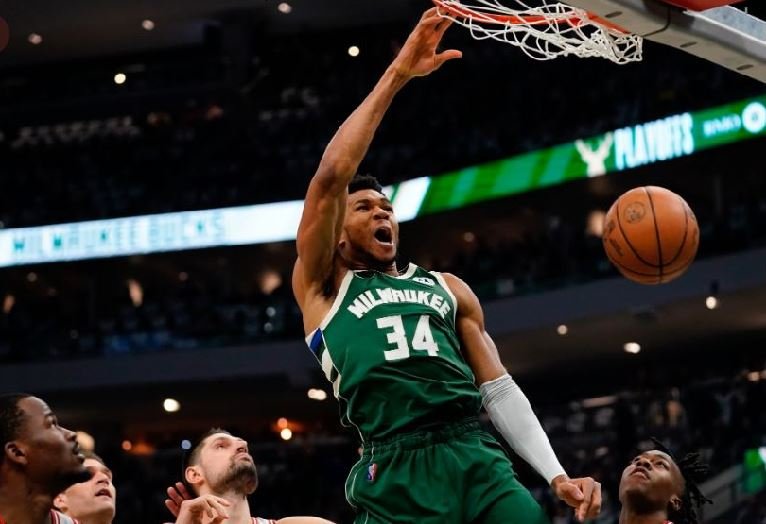 The Bucks beat the Bulls 116–100 on Wednesday to win the first-round series and advance to the conference semifinals to face the Eastern Conference’s No. 2 seed, the Boston Celtics.

The two teams split the first two games of the series. However, the reigning NBA champions were dominant the rest of the series, blowing out Chicago in the final three games by an average margin of 23.3 points.

The Bulls struggled in Game 5 partially due to being without star forward Zach LaVine (COVID-19 protocol) and guard Alex Caruso (concussion protocol), though the Bucks were also without All-Star Khris Middleton for the final three games of the series after he injured his knee. Middleton is expected to be re-evaluated two weeks after the injury took place on April 21.

Off the bench, Grayson Allen shined in the final two games of the series, scoring 22 and 27 points, respectively. In Game 4, Allen shot 5-for-7 on three-pointers, then went 6-for-7 threes in Game 5.

DeMar DeRozan finished on top of the Bulls’ scoring statistics, leading in average points with 23.5 per game in the series. The forward scored 41 points in the Bulls Game 2 win.

This was Chicago’s first postseason series since 2017, when the team also exited after the first round.

The Bucks vs. Celtics series will tip off on Sunday in Boston.

Warriors knock out Nuggets in first round with Game 5 win