Barcelona to move out of Camp Nou for a season
Advertisement 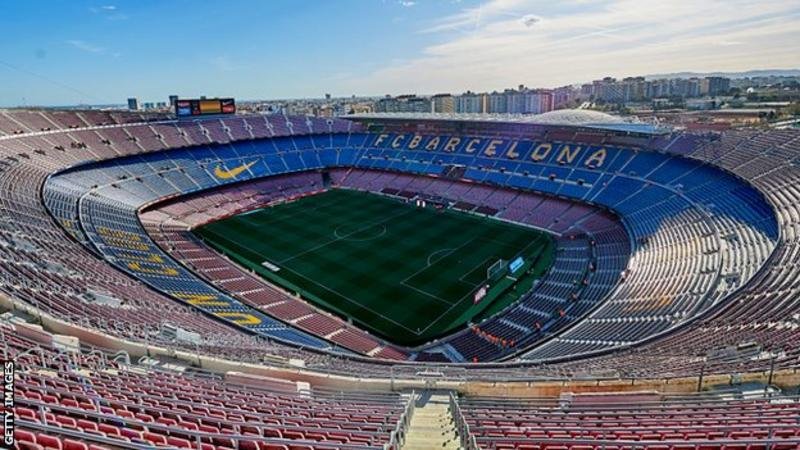 Barcelona will leave the Nou Camp for the 2023-24 season while the stadium is undergoing renovations.

The Spanish club has got permission from the municipal council to renovate, and construction is expected to begin in June.

They will be able to play at a nearly full Nou Camp next season before moving to the Olympic Stadium in Montjuic the following season.

“Any early demolition would have meant having to play the 2022-23 season with only half the capacity,” Barcelona president Joan Laporta stated.

“Out of prudence and to minimise risks and protect next season’s income, we will maintain a capacity of practically 100% and proceed to demolish the third tier when we go to Montjuic.”

Barcelona and their city council are working on the details of the move to the Olympic Stadium in Montjuic, which hosted the 1992 Olympics and was the former home of city rivals Espanyol.