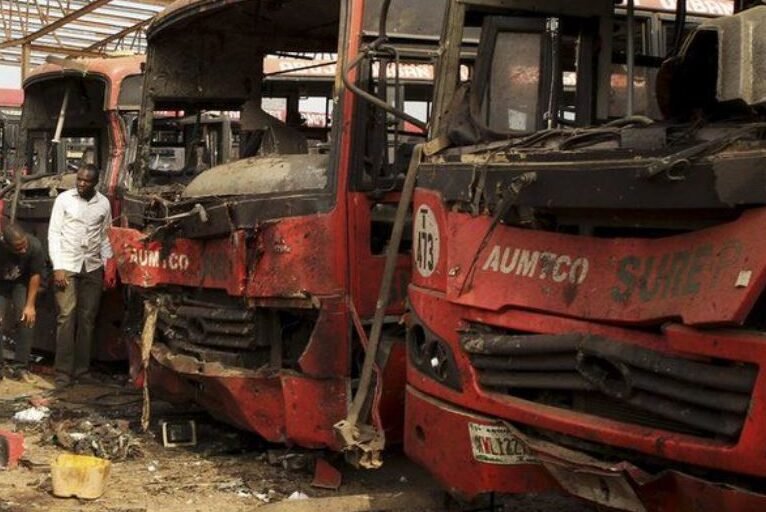 Vera woke me up with a slap on my back. I had slept as if I was drunk with fresh Afikpo palm wine, the thick one with pebbles and strange sticks and particles inside. But I didn’t drink. I slept early, to prepare myself for the busy Monday.

I thought that would wake me up early. But the sleep got sweeter as the early hours of Monday drew nearer. The crisp hands of cold caressed my ribs and I curled myself under my fleece fabric blanket like a Scottish Fold kitten. Monday is always busy, especially in Abuja, one of the fastest-growing cities (by population) in Africa.

At exactly 5am, I heard a knock on my door: “kon kon!” A sotto voce adenoidal bedroom voice muttered: “Inyang, wake up, it’s morning already. Get set for work quickly, today is Monday.” Again, I felt a soft touch on my back, and then on my left thigh. It was Vera, my cousin.

I woke up sluggishly, hurriedly prayed for some seconds, and teetered to the bathroom. I hurriedly washed myself and headed back to the room to dress up. I was late already. My alarm didn’t ring. I blamed it on my cell phone.

At 6:30 am, I was dressed. My socks were nowhere to be found. I searched everywhere but I couldn’t find it. I beckoned on Vera to assist me in looking for it. It was my favourite pair; perfect for the outfit.

We both searched with our four eyes, and an additional eye—a torchlight. We couldn’t find it. After searching for about 10 minutes, I decided to wear another. I hurriedly wore a different one and then hopped to the sitting room to pick up my laptop bag and phone charger.

It was already 6:40 am and the day was getting brighter. During that period, commercial buses were not allowed to ply the city roads except for the long buses provided by the FCT Administration.

The FCT minister Senator Bala Mohammed had enacted a harsh transport policy banning mini commercial buses popularly known as ‘Araba’ from accessing the city areas. It was difficult for commuters to journey themselves (those who do not have cars) because the long buses were few, and it was based on a ‘first meet, first serve.’ All I needed to do was queue at the Nyanya market bus station which was just 2km away, buy a ticket and board from there.

So, I was in a hurry to meet up and buy the ticket so I could make it to work early. It was the usual early morning rush hour.

At exactly 6:43 am, while I was leaving the sitting room, I heard a twin ear-splitting blast from 2 kilometers away. Vera shouted and gripped me firmly by the shirt. We were both confused and didn’t know what had happened. I had a jumble of thoughts; first, I thought of a possible tyre burst or gas explosion. But again, the sound was too ear-shattering to assume it was any of those. A bomb explosion was the last thought on my mind.

On reaching the station, I saw charred flesh and dismembered bodies littered everywhere. An overwhelming number of dead bodies, bodies aflame, burning cars, and motorcycles. It was a completely gory sight.

Blood covered the floor like a scene where cows had just been slaughtered — an abattoir. “Oh my God! It’s a bomb explosion!” I said to myself. I saw a three-feet-deep hole by the entrance of the station. The explosives were hidden inside a vehicle and parked at the bus station.

The environment was tensed, people stood and watched in horror and perturbation. While some wept profusely, others filmed with their phones and some others helped to arrange dead bodies by a corner. Vehicles were provided and some men assisted in taking those who were still alive to another vehicle. There were other explosions from parked vehicles as fuel tanks caught hold of the fire from the blast.

Before the blast, about three long buses were already filled and ready to move. They were waiting for the supervisor to sign; all vehicles and the people they conveyed were burnt alive.

The windscreens of some vehicles coming from the Mararaba axis were damaged from radiative impact and the force of the blast flung many out of their vehicles.

I wept. Justice, a former colleague who came from Karu Site after the blast consoled me and asked if I had lost someone. I retorted in anger: “Must I have lost someone? These are humans and I feel it deeply. They have loved ones and how will they feel to hear this terrible news?”

On May 2014, one Aminu Sadiq Ogwuche a military-deserted British-born Nigerian who served in the Intelligence Unit of the Nigerian Army was arrested in connection to the bombing.

Aminu Ogwuche who is a son of a retired Army Colonel was the mastermind of the Nyanya bomb blast. He escaped to Sudan and was caught and extradited to Nigeria in June 2014. However, he was acquitted of all charges and freed by a court in November of the same year.

Another heart-shattering incident happened on the night of April 14, 2014. About 276 secondary schoolgirls were kidnapped by the Islamic Boko Haram Sect in Chibok, a town in Borno state. 112 girls are still missing till date.

The Nyanya bombing left a tragic imprint on the soil of the FCT and served as one of the major albatross of the President Goodluck Jonathan’s administration.

I am yet to recover from the shell shock of this ugly incident. God saved me and I am thankful for my life.

Eight years later, I pray the souls of the deceased continue to rest in peace.

Bright Okuta is a graphics designer, consultant and writer

Related Topics:AbujaNyanyaPresident Goodluck Jonathan
Up Next

Nigerians will need NIN to travel by trains – NRC