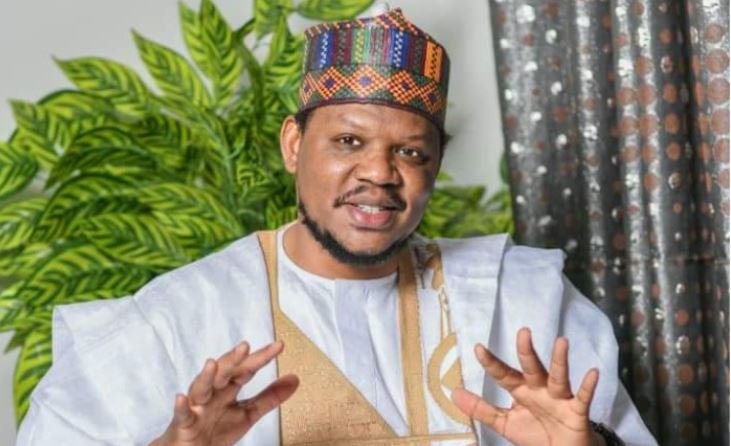 Adamu Garba, a former presidential aspirant of the All Progressives Congress, APC was bashed for calling the Vice President, Prof. Yemi Osinbajo a betrayer.

The presidential aspirant who lost out to President Muhammadu Buhari was tackled for calling the number two man a betrayer after he agreed to the yearning of Nigerians to throw his hat in the ring because of his exemplary and divine leadership style.

“Politics is the most serious business of human societies,” Adamu Garba wrote on his Twitter page.

“Anyone with low moral compass is not expected near it. When someone can betray the single man that supported, nurtured & build him. Don’t be deceived, he’ll betray the whole world shamelessly, when given any opportunity. ”

Adamu Garba added that, “Osibanjo is the worst betrayer ever in the history of our democracy.”

“For 171 days he lead this country in the absence of president Buhari due to illness, all his activities were done clearly to portray the President as ineptitude and incompetent, setting the precedent for all the atrocities this government has been facing till this day.”

“He did everything possible to hope the President is not returned.”

“As the leader of the economic council, he ensured the complete failure of our economic systems simply because he was looking at the moment where he can show how bad Buhari is, and how better he can be, like in today’s declaration.”

“He has betrayed the trust of President Buhari at every given opportunity. He works only for his spiritual master and nothing else. ”

“If he betrayed Tinubu, betrayed Buhari, who do you think you are that he’ll not throw you under the bus as soon as he finishes using you,” he quizzed.

His tweet generated widespread backlash from Nigerians who disagreed with

Garba Ibrahim Sule wrote: “My question is should he not answer the call of his people just because he is loyal to one man? Someone made somebody to become what he is today for that reason he should limit himself while the actual fact he can do more for his people. Garba respect yourself. ”

Fabricby Fabric also added her voice to the conversation. “I am not a fan of Osibanjo but Adamu you can actually do better. This same Osibanjo that served as Tinubu Attorney-General. The same that help him loot funds (thou court didn’t find them guilty). But is that the same man BAT nurtured?. All you just did is campaigned for PYO.”

Another user, Moh Prince said: “How can you build someone that is already built? Started lecturing at the age of 23 years old, entered professor of law cadre at early 30, a special adviser to former AGF or are these not the sterling qualities BAT saw in him that even made OBJ propose AGF appointment to him,” he asked.

Ekitiketekan1 also disagreed with Adamu. He argued that the VP’s support to his boss: “Osinbajo wasn’t only loyal to Buhari, he was dependable. He defended and support the president everywhere. In fact he was hated for this. Shame on you Adamu Garba”

For Michaels, there is no shred of disloyalty in the declaration by Prof. Osinbajo. “They’ve sent you to condemn him, but if he can betray your master just to do the right thing, then we probably have a qualified candidate to lead the country. Both your lord and Tinubu has nothing to offer, so tell them there are still sensible Nigerians who read situations well.”

Calvin-C mocked Mr. Adamu Garba who once ventured into social media with his Crowwe app, “Go and write all this your nonsense on your Crowwe app Oga,” he said.

Ogunmusi believes that Adamu Garba was paid to attack the VP. “I have seen the real reason why you have returned. Alert have landed from Tinubu. Aboki Fani Kayode.”

Reno Omokri: The ramblings of a mad man