Mike Adenuga at 69: Salute to a man of the people by Toni Kan
Advertisement 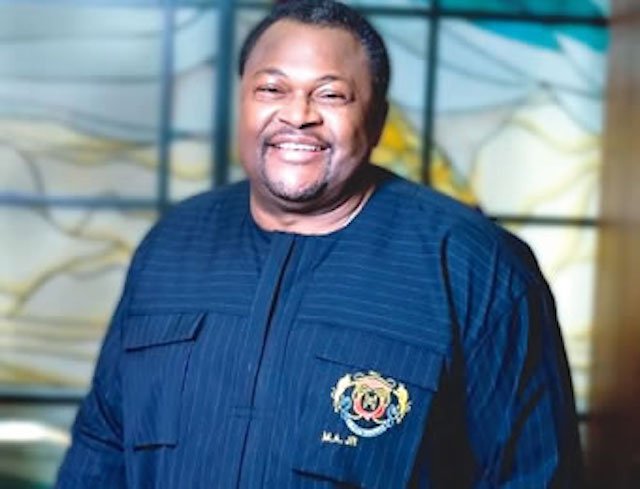 The year was 1990 and Nigeria had a military president and a medical doctor turned oil man was in charge of the nation’s oil ministry. With zero oil industry experience, the brilliant doctor set himself three quick tasks; midwife indigenous participation in the oil and gas industry, increase reserves as well as deep water production.

To achieve the first, he supervised a discretionary oil licence bid round. At the end 11 Nigerian businessmen who had achieved success in other areas were issued licences. One of them was named Mike Adenuga. He was 37 years old and had become a millionaire selling soft drinks and lace materials. The son of a teacher father and business woman mother, he had earned two degrees in America where friends say he drove a taxi to augment what his parents sent him.

One year after the licence round, Mike Adenuga’s Consolidated Oil (now known as Conoil) was first among the 11 to hit first oil and in commercial quantities. Conoil quickly validated the federal government’s thinking that Nigerians could play big in the oil and gas industry if given the opportunity. Thirty two years down the line, Conoil is the stand-out success story from that exercise with six oil producing blocks highlighting Mike Adenuga’s doggedness, diligence and entrepreneurial acumen. Conoil engine oils and lubes are nationally recognized as some of the most pocket-friendly in the market in a clear instance of the company adhering to the business principle and brand purpose of putting people over profit.

The occasion of this birthday however provides a good opportunity for one to look past the man friends and foes like to call “The Bull” in order to critically analyse his place and significance in Nigeria’s business ecosystem.

Why focus on the business and not the man? The answer is a simple one; while much is written about Mike Adenuga so little is really known about him because he is, in many ways, an enigma wrapped in a conundrum. So how best to celebrate him than to focus on the businesses he has built and the impact he has had through them.

When people mention or hear the name Mike Adenuga, the quick reference is to his industry defining and paradigm shifting Telecom Company which was established in 2003 two full years after MTN and Airtel had made quick gains in the market by leveraging their first mover advantage.

Every time the story of Glo’s emergence in Nigeria’s telecommunications sector is told, the raconteurs always seem fixated on Glo’s disruption of the industry with the crashing of the costs of acquiring SIM cards as well as its introduction of the per second billing which the earlier players had claimed was impossible.

Many analysts consider the disruptive move as no more than a clever marketing gimmick but in focusing on what was seen as gimmickry they fail to reckon with what has over the years become apparent as Adenuga’s unique approach to business.

In throwing his hat into the telecom ring, Mike Adenuga seemed clear that it was to be in the service of the common people of Nigeria who had been denied access to telecom services. In putting the People first he was living his brand Purpose of offering Nigerians a service that would help them access the information super-highway and thus place them in pole position to rule their world. This was at the heart of Globacom’s enormous investments in the Glo1 cable which earned the company the endearing sobriquet; Grandmaster of Data.

Glo’s crashing of the SIM price and introduction of the per second billing have since become modern business marketing case studies but for the discerning observer, they were statements of intent from a people-oriented businessman.

Today, Nigerian stars of screen and stage have become darlings of corporate Nigeria as brand ambassadors and models in advertising campaigns. But many forget that it all began in earnest with Globacom, which was deliberate and intentional in its use of actors and actresses and sundry Nigerian entertainers as Brand Ambassadors.

Glo did not just latch on to freshly minted and trending stars like Dbanj, PSquare, Basketmout, Flavour, Omawumi, MI and the like. The company reached out to older stars, whose time in the limelight seemed over. Glo introduced the likes of Amebo, Madam Kofo, Zebrudaya, Nelly Uchendu, Bright Chimezie, Bimbo Oloyede, Femi Jarret, Victor Uwaifo, Segun Odegbami, Lagbaja and many others to a whole new audience by using them as Brand Ambassadors. Glo has also been instrumental to the continuing successes of singers like Teni and Simi whom the company has, as we say in Nigeria, helped to BLOW!

Away from entertainment, Glo’s indelible footprints have been left on the sands of Nigerian and African football from the company’s sponsorship of the Nigerian and Ghanaian football leagues as well as the Confederation of African Football (CAF).

Glo has emerged in its almost 19 years of existence as a keen patron and promoter of arts and culture but the oft ignored fact is that the company’s corporate social responsibility interventions have never been tokenistic. The intention has always been to empower as was the case with the just concluded Glo sponsored Battle of the Year Nigeria which made millionaires of many Nigerian youths in 13 short weeks. The interventions have always been strategic and well thought-out and anchored inexorably on the people and purpose principle.

Mike Adenuga’s belief in Nigeria and focus on uplifting Nigerians has not gone unnoticed and was aptly captured in the 69th birthday message from President Muhammadu Buhari who noted “Chief Adenuga’s nationalist and patriotic position of always putting Nigeria first in his investment options, expanding opportunities for employment and business in banking, telecoms, oil, and more recently, focusing on empowering younger generation in entrepreneurship.”

To conclude, it is easy for many reading this to ask how a man who is rarely seen in public can be referred to as “a man of the people”. The answer is a simple one that lies in an aphorism we all internalized as children; actions speak louder than words. Mike Adenuga is a man not enamoured of public adulations or applause, preferring, it seems, to give in line with the scriptural counsel: “But when thou doest alms, let not thy left hand know what thy right hand doeth.”

In doing all these he has never lost sight of the fact that money will be made even if Profit remains the least consideration. That approach is unique but not novel because scholars of social enterprises tell us that where people-oriented brand purpose is aligned and properly executed, profit is inevitable as is evident from Forbes early 69th birthday present naming him Africa’s 2nd richest man with a $7.3 billion fortune.

Flexman returns with Samba Plus TV