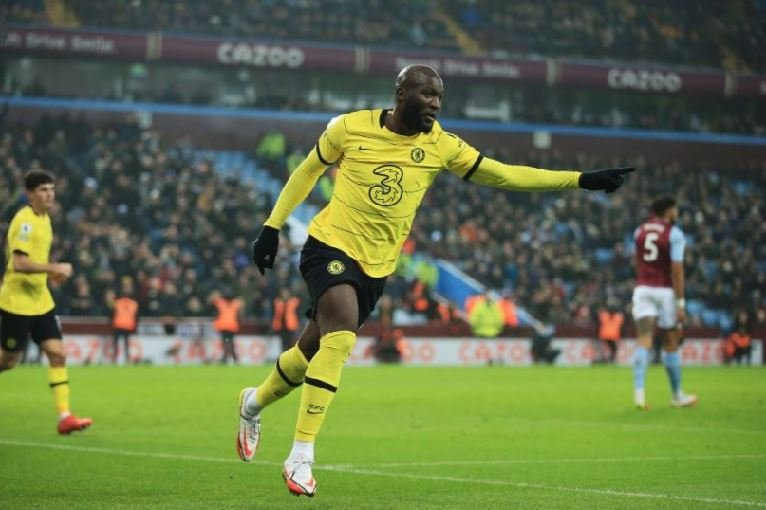 Barcelona will turn to Chelsea’s Romelu Lukaku, 28, in their search for a striker. The Belgium centre-forward is believed to be Barca’s ‘plan C’ after moves for Norway’s Erling Haaland, 21, and Poland’s Robert Lewandowski, 33, were thwarted. (Marca)

Lukaku has found playing time difficult to come by at Chelsea as he continues to struggle in front of goal.

Manchester City may consider the sale of 31-year-old Algeria forward Riyad Mahrez this summer. (Give Me Sport)

Arsenal and Newcastle have joined the chase to sign Juventus and Argentina forward Paulo Dybala. The 28-year-old will leave Turin as a free agent in the summer and Manchester United and Tottenham have already made enquiries. (ESPN, via Mail)

Pep Guardiola will not rush into extending his contract at Manchester City in the wake of Jurgen Klopp’s new deal at rivals Liverpool. The 51-year-old Spaniard is under contract at City until 2023. (Manchester Evening News)

Former Manchester United defender Gary Neville says interim manager Ralf Rangnick should not take on a consultancy role at the club having accepted the chance to manage Austria. (Sky Sports, via Express)

Leeds United and England midfielder Kalvin Phillips is set to change his agent in a bid to secure a move away, with Manchester United working on a deal for the 26-year-old. (Manchester Evening News)

However, Phillips would reject a move to Manchester United out of loyalty to his boyhood club Leeds.(Mail)

Liverpool could move for Borussia Dortmund’s 19-year-old England midfielder Jude Bellingham, with several of their current players’ contracts running down. (Goal, via Express)

Brighton manager Graham Potter intends to speak with Republic of Ireland defender Shane Duffy about his future when the season is over. The 30-year-old is under contract with Albion until 2023. (Sussex Express)

Napoli are set to move for Scotland left-back Aaron Hickey. Bologna have put an £18m price tag on the 19-year-old, who has also attracted attention from Serie A giants AC Milan and Juventus as well as Newcastle and Brentford. (Scottish Express)

Liverpool fans have moved to tweak the words of a chant to feature the name of Jurgen Klopp’s wife after the German revealed she was key in his decision to extend his contract at Anfield. (Mirror)

Arsenal right-back Cedric Soares has no intention of leaving, despite reported interest from Newcastle and a £4.2m bid from Porto for the 30-year-old Portugal international. (Correio da Manha, via Sport Witness)

Southampton and Fulham are among a number of clubs interested in signing 24-year-old Tottenham and USA centre-back Cameron Carter-Vickers. (90 Min)