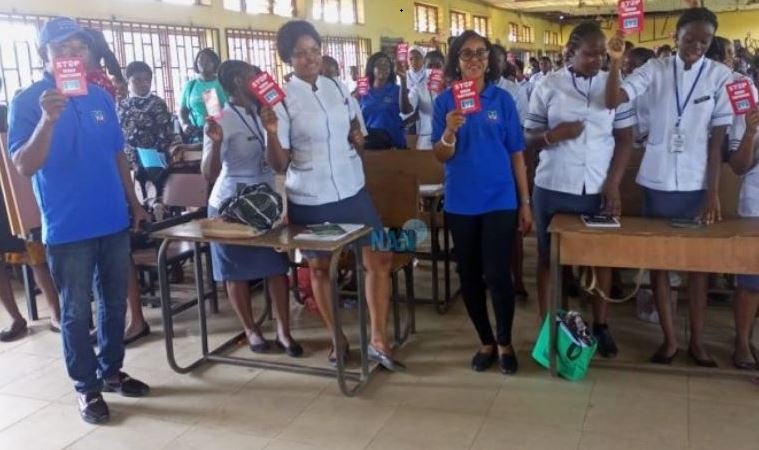 The National Agency for the Prohibition of Trafficking in Persons (NAPTIP) says pressure from some parents on their children to make money contributes to the thriving human trafficking in the country.

The agency’s Zonal Commander, Benin Zonal Command, Mr Nduka Nwanwenne, said this on Friday at the School of Health Technology, Benin, during an awareness on human trafficking.

The News Agency of Nigeria (NAN) reports that the programme was carried out by the agency in partnership with the Action Against Trafficking in Persons and Smuggling of Migrants in Nigeria (A-TIPSOM) Nigeria.

Nwanwenne said that unwholesome comparison of children with their peers was another factor contributing to human trafficking in the society.

According to him, comparison and pressure from parents on their children to imitate their peers and go abroad to make money for the family is a major challenge in the fight against human trafficking.

He said “it is not the responsibility of children to make money for their parents or to train their siblings.

“One of the reasons victims allow themselves to be trafficked is because they want to make quick money.

“Our children must be protected because they are priceless. We must train them. Parents should stop mounting pressure on children to go and make money.”

The zonal commander also said that peer group influence and poverty were other reasons victims allow themselves to be trafficked.

He, however, added that poverty was not peculiar to Nigeria, and advised students not to allow peer group to influence them negatively.

He said, “do not be deceived by bad friends, some people will say school is a scam, school is not a scam, you can make it here in Nigeria too after your education.”

The NAPTIP official also said that globalisation, internet and social media were traffickers’ means of recruiting their victims.

He added that smuggling of migrants was another means by which victims of human trafficking were being trafficked.

He said “this awareness raising is one way of preventing human trafficking.

“If you must travel, travel legitimately. Parents should avoid trafficking their children.

“There is a law against human trafficking, so any parents caught encouraging the trafficking of their children will be prosecuted and jailed.”

NAN reports that the three-day NAPTIP and the A-TIPSOM Nigeria partnership sensitisation programme on human trafficking which commenced on Wednesday, was funded by the European Union (EU).

NAN also reports that it was implemented by the International Ibero-America Foundation for Administration and Public Policies (FIIAPP),
a Spanish Government Foundation implementing the EU-funded A-TIPSOM project in Nigeria.