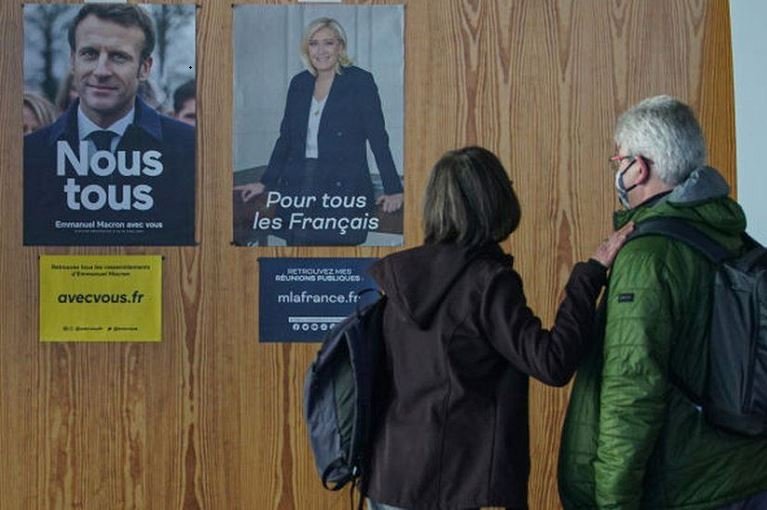 French voters are heading to the polls to decide whether to give centrist Emmanuel Macron five more years as president or replace him with far-right candidate Marine Le Pen.

After a divisive election campaign, Ms Le Pen faces an uphill battle with her 44-year-old opponent polling ahead.

In order to win they both need to attract voters who backed other candidates in the first round.

But these are two polarising figures in France and abstention is a key factor.

Mr Macron’s detractors call him arrogant and a president of the rich, while the far-right leader has been accused of having ties to Russian President Vladimir Putin.

Mr Macron rose to power on a whirlwind promise of change, but many complain they are yet to see it. His presidency has been buffeted by protests, the Covid pandemic and now the rising cost of living.

Marine Le Pen, meanwhile, has learned from the mistakes she made when she was resoundingly beaten by the same opponent in the second round in 2017. This is her third tilt at the presidency and if she fails it could be her last.

The great unknown in this election is how many voters will refuse to back either candidate, whether by casting a blank ballot or not turning out at all. Much of France is on holiday and turnout could be historically low.

The campaign has been short but the choice for voters is clear, between a pro-European sitting president and a nationalist candidate who seeks to ban the headscarf and restrict immigration.

Whatever the result, Mr Macron will address voters on Sunday evening from a stage at the foot of the Eiffel Tower.

‘This place is dead after 7pm’

The rising cost of living – described in France as pouvoir d’achat or spending power – has become the number one issue for French voters and Marine Le Pen has promised voters an immediate onslaught on it if she wins.

She has fared particularly well in the smaller towns and rural areas that have struggled economically during the Macron era.

She came top two weeks ago in La Ferté-sous-Jouarre, a pretty town on the River Marne an hour east of Paris. Sitting outside a bar, Cécile says the pandemic hit the area particularly hard: “Before Covid there was a bar here called Avenue de Champagne, but that shut and now the place is dead after 7pm.”

She will vote Le Pen as will Fred, who works on the Paris metro network: “People can’t afford to pay for gas and electricity. When I’m in Paris some things are too expensive and you have to eat.” African immigrants he knows in the capital also say they will vote for her, he adds.

There are plenty of shy Le Pen voters here too. France needs to change, they say, and they leave it at that.

She has carefully moderated her views, but still plans a referendum on strict immigration controls and her idea for a “Europe of nations” would tear the EU apart.

Jean-Claude, 66, may not agree with her hostility to the EU, but he complains too many people take advantage of France’s welfare system and take drugs.

Across France Emmanuel Macron is particularly popular with younger and older voters, and that is the case in La Ferté too.

Apprentice accountant Séréna, 18, is worried about the war in Ukraine: “We don’t really know what Le Pen feels about Putin. Changing president would destabilise the situation now.”

Nicole, 76, runs a library in a nearby village and she has noticed many people turning to the far right. “I’m not so worried about her, more about the people behind her – her lieutenants.”

Ms Le Pen fares less well in the big cities, like Paris and Lyon, where her opponent led in the second round. But what could decide this election is who secures the support of almost 22% of the electorate who voted for far-left candidate Jean-Luc Mélenchon.

He was narrowly beaten by Marine Le Pen but won in cities including Marseille and Nantes.