Everton slip into relegation zone with loss at Liverpool
Advertisement 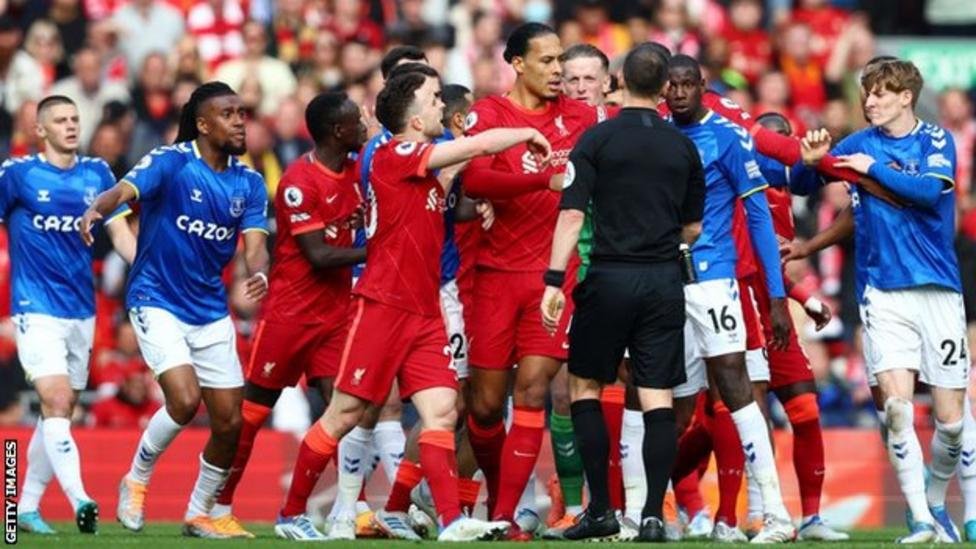 Liverpool kept pace with Manchester City at the top of the Premier League as two second-half goals gave them a victory that deepens Merseyside rivals Everton’s relegation worries.

It means the Reds stay a point behind league-leaders Manchester City.

Everton’s loss, coupled with Burnley’s win over Wolves on Sunday, means they drop into the bottom three.

Frank Lampard’s side are two points behind the Clarets and have a game in hand but face a big challenge to maintain their top-flight status, with games against Chelsea and Leicester next up.

With five games left each, Liverpool play before City next Saturday, travelling to Newcastle at 12:30 BST before Pep Guardiola’s side face Leeds at Elland Road in a 17:30 kick-off.

Related Topics:EvertonLiverpoolPremier League
Up Next