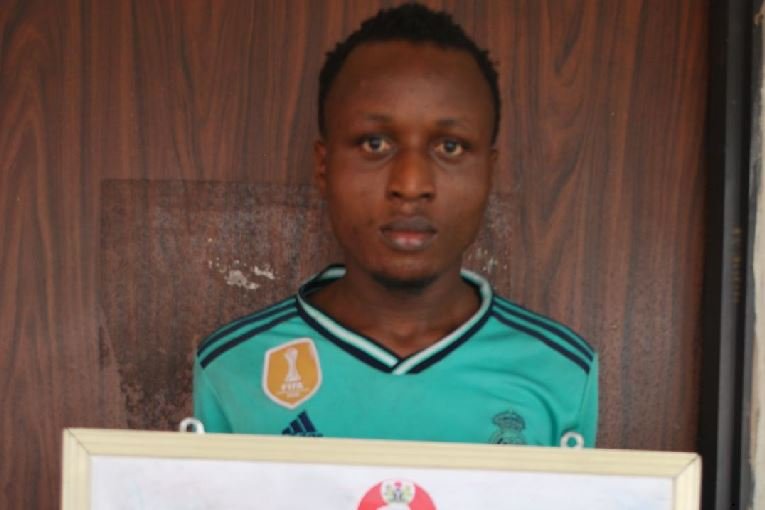 He was jailed on Thursday April 21, 2022, after pleading “guilty” to the two count charges preferred against him by the Economic and Financial Crimes Commission, EFCC.

One of the counts reads: “That you Ochai Andrew (A.K.A Jane Kama) on or about, 12th September, 2021 within the jurisdiction of this Honourable Court fraudulently impersonated one Jane Kama using Hangout account Jane Kama and email address [email protected] with intent to gain advantage for yourself and thereby committed an offence contrary to Section 22 (2) (b) of the Cyber Crime (Prohibition, Prevention, etc) Act, 2015 and punishable under Section 22 (2) (b) (iv) of the same Act”.

He pleaded “guilty” to the charges.

In view of his plea, prosecution counsel, J. Y. Beke prayed the court to convict and sentence the defendant accordingly.

Counsel to the defendant, David Ayuba prayed the court to temper justice with mercy, that he is a first time offender with no previous criminal record.

Justice Pam convicted and sentenced the defendant to two years on each count with an option of fine of Two Hundred Thousand Naira (N200, 000.00) each, payable into the Consolidated Revenue Account of the Federation.

Andrew’s journey to the Correctional Centre started when he was arrested by operatives of the Commission during a sting operation in Asaba, Delta state.

Investigation established that the convict was involved in internet fraud and had several scam documents in his email.