Yes, Osinbajo will continue all the good works of President Buhari
Advertisement 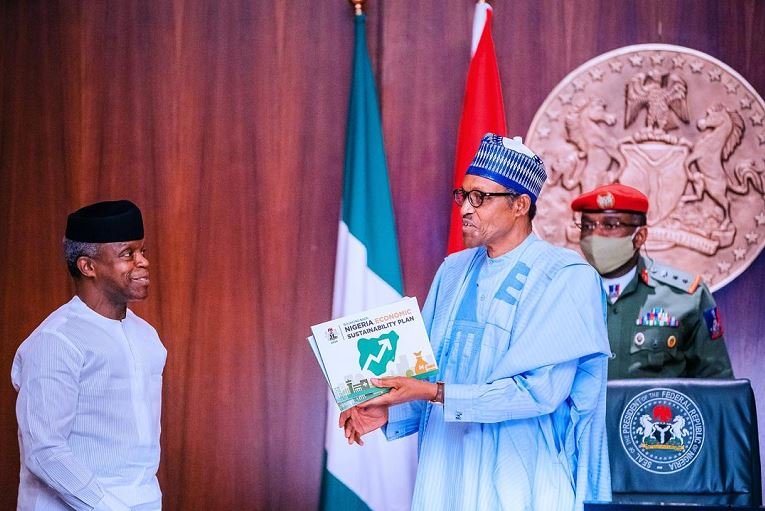 As it is with everything that concerns Vice President Yemi Osinbajo, his declaration speech was the major talking point from 7am on Monday until this very moment.

Those who have always tried to drive a wedge between him and President Muhammadu Buhari made a last ditch effort yet again. They slammed the Vice President firstly for describing President Buhari a patriot.

In their ignorance, they reckoned that a man who served in the Nigerian Army and rose to the rank of Major General cannot be a patriot, many not knowing the meaning of the word for sure.

Then they jumped on headlines that said Prof. Osinbajo would continue the works of President Buhair and again they twisted it to suit their narratives, claiming that he will continue the insecurity, ASUU strike, etc.

For clarity, the Vice President said, “If by the grace of God and the will of the people, I am given the opportunity, then I believe that first, we must complete what we have started;

*completing the reform of our justice system focusing on adequate remuneration and welfare of judicial personnel,

*ensuring justice for all and the observance of rule of law,

*providing an excellent environment for businesses to thrive,

*making sure that the government, its agencies and regulators serve the business community,

*creating a tech economy that will provide jobs for millions;

*completing the promise of lifting 100 million Nigerians out of poverty within this decade,

*completing the task of ensuring that all Nigerians, male and female, attend school,

*reforming our educational system for relevance to the challenges of this century,

*completing the task of universal health coverage for all,

*strengthening the capacity of States and Local Governments to deliver on their respective mandates.

The above were well spelt out and listed in the declaration speech of the Vice President. Indeed, we expect more giant infrastructural projects when Osinbajo eventually succeeds Buhari.

What about social investment programmes? Human capital development? We need continuity of these projects and we can only achieve them if we have someone who is already a part of them continuing these ideas.

There is no amount of negative spin that can change what the Vice President said in his speech and I hope Nigerians can rise above fake news as we seek to enter a phase of greatness.

Oladele Peter is a psychologist and social commentator