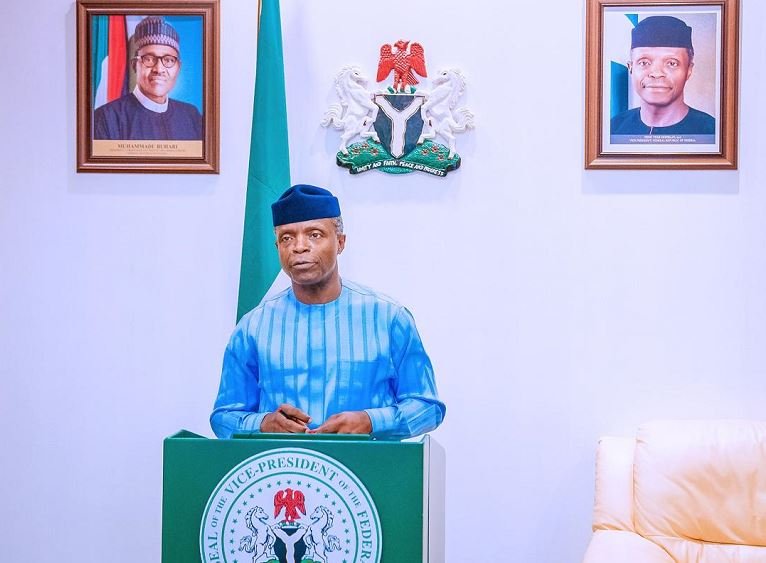 In a video posted on his social media accounts on Monday morning Osinbajo detailed why he would like to succeed his boss.

I am today, with utmost humility formally declaring my intention to run for the office of the President of the Federal Republic of Nigeria on the platform of APC. pic.twitter.com/atggfEnF2Q

Chronicle NG had reported yesterday that the Vice President concluded consultations after a meeting with All Progressives Congress (APC) governors.

At an Iftar meeting at his Aguda residence, the Vice President communicated his intentions to contest.

Disclosing Osinbajo’s intent, his spokesperson, Laolu Akande wrote this morning, “VP Osinbajo will be addressing Nigerians now on his decision to run for the office of the President in 2023.”

VP Osinbajo will be addressing Nigerians now on his decision to run for the office of the President in 2023. Thank you

According to sources close to the meeting, the governors were relieved to learn that the Vice President was going to contest the 2023 election.

“We have been waiting for this announcement,” one of the governors present at the meeting said.

Prof. Osinbajo has held wide consultations with APC stakeholders, party members and Nigerians ahead of his declaration.

Another source told Chronicle NG that the Vice President has told the President of his intentions to contest.

“There is no way a deputy will seek to contest an election and not tell the President,” the source said.

It would be recalled that the national leader of APC, Asiwaju Bola Tinubu, governors Dave Umahi and Yahaya Bello have also declared for 2023.

Other aspirants are senators Rochas Okorocha and Orji Uzor Kalu.

Statistician-General of the Federation not dead – NBS