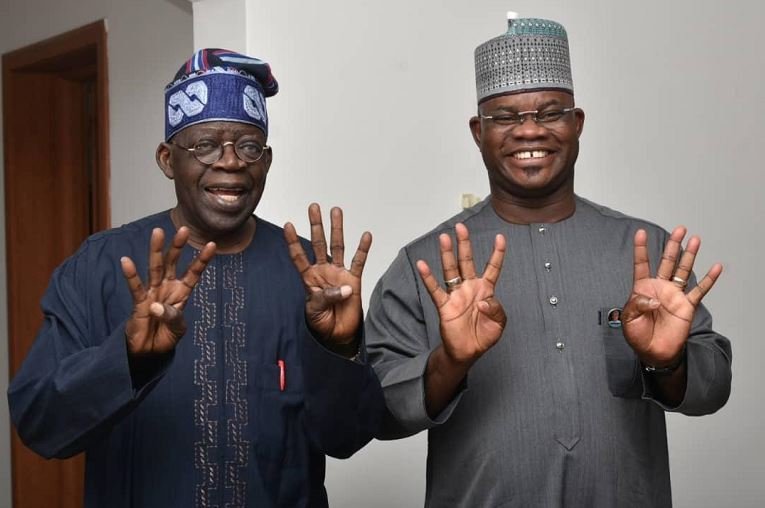 Governor Yahaya Bello of Kogi on Saturday said that he was not afraid of key actors jostling for the 2023 presidential ticket of the All Progressives Congress (APC).

Bello, who spoke in Abuja while, responding to a question at the Second GYB Annual Seminar for Political and Crime Correspondents and Editors, reiterated that all indicators pointed to the fact that he stood in the best position to win the 2023 election for the APC.

The News Agency of Nigeria (NAN) reports that among the frontliners in the discuss around 2023 presidency are former governor of Lagos State and a national leader of the APC, Bola Tinubu, Minister of Transportation, Chibuike Amaechi; Governor Dave Umahi of Ebonyi; a former governor of Abia, Sen. Orji Kalu and other aspirants.

Bello said that he was confident of being the flag bearer of the party, stressing that he had over 16 million Nigerians, who had obtained their PVCs registered in Yahaya Bello support groups with a view to having him elected.

He said, though Tinubu and other personalities were founding members of the APC, the foundation of a house was not enough to build the house as there were other things to be put in place for the house to stand.

The governor maintained the optimism that he was most favoured to clinch the APC ticket for the presidency.

“To answer your question, whether I am scared of other contestants for the presidency. You mentioned Asiwaju Bola Tinubu and others. I will say No; I am not scared of anybody in the contest for the APC presidential ticket.

“Tinubu and others are the founding members of the APC, but foundation is not enough. I will defeat all the other aspirants because I have all it takes to be a champion. My performance in Kogi State will speak for me,” he noted.

On why he was always rooting for the younger generation, Bello said he believed that Nigeria could do more with younger persons in power.

The National Coordinator of the Yahaya Bello Presidential Campaign Council, Sen. Jonathan Zwingina, said the huge success of Bello’s declaration ceremony had already sent shivers down the spines of others.
According to him, he possesses the right qualities to lead Nigeria, with uncommon humility.