4 memorable moments from Glo Battle of the Year, Ep. 9
Advertisement 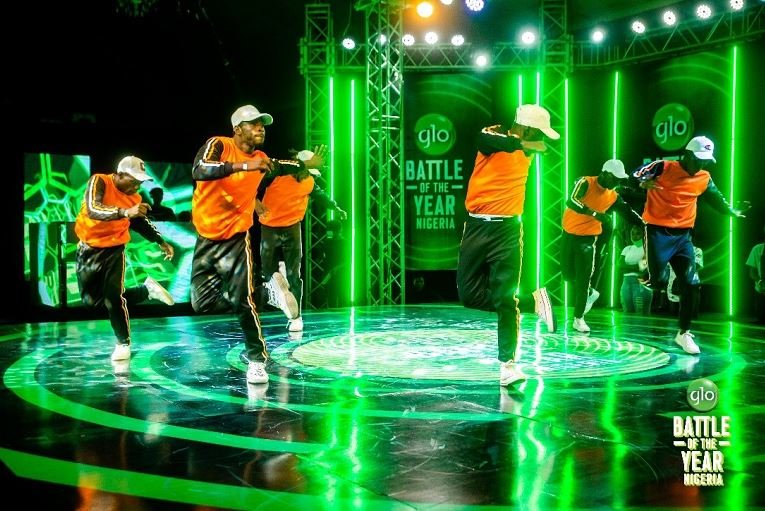 The 9th Episode of the biggest dance show in Nigeria, Glo Battle of the Year, Nigeria featured the Breakdance crew semi-finals across 5 regions.

This episode was a follow-up to Episode 8 where crews stepped on the dance floor to show off their power moves and 4 crews were selected in each region to compete in the regional semifinals.

Emotions, victories, and surprising defeats became the unsung melodies of dancers who graced the dance floor with high expectations. However, just like the large flightless bird, the Ostrich who has speed on foot but is weak in the air, many dance crews had the footwork and spins but were surprised when they were told these were not enough to fly on to the finals.

To highlight the highs and lows, we bring you four memorable moments from Episode 9 of Glo Battle of the Year, Nigeria.

More scenes from Episode 9 of Glo Battle of the Year, Nigeria

2. Bgirl Khassy clashes with Bgirl Vicky: Still on the Abuja regional semis; Illy City Breakers and Dimensions Crews went up in a fierce battle leading to a clash between Bgirl Khassy, a member of the Dimension crew who was earlier evicted by Bgirl Cruxy in the Abuja Bgirls’ competition. Bgirl Vibe and Bgirl Vicky who both progressed to the national finals from Abuja and Lagos respectively are both members of the Illy City Breakerz. Khassy was seen clashing with Bgirl Vicky on the dance floor.

3. Bboy Bawa bows out in grand style: Kaduna-based Bboy Bawa came into the Breakdance crew battle with his Crew D’Spice as they angled to spice up their dance journey with a first career win as a collective. However, Funky Fellaz, a 3-man dance crew formed in 2007 defeated Bboy Bawa and co to progress to the Kaduna finals where they will face former BOTY winners, 3ple DK.

4. Icon World Crew loses shine as Delta All Stars steal the show: In Benin, Delta All-Stars came with the popular slang in the Southern part of Nigeria, ‘Warri no dey carry last’. Facing Icon World Crew, a dance crew made up of just 2 dancers, Delta All-stars held on and progressed to the finals.

As we head toward the live show billed to hold on the 23rd and 30th of April, viewers can vote back any of the evicted regional finalists via the Wildcard section on the Glo Battle of the Year website, www.globotynigeria.com.

Court jails 3 over cybercrime in Ilorin