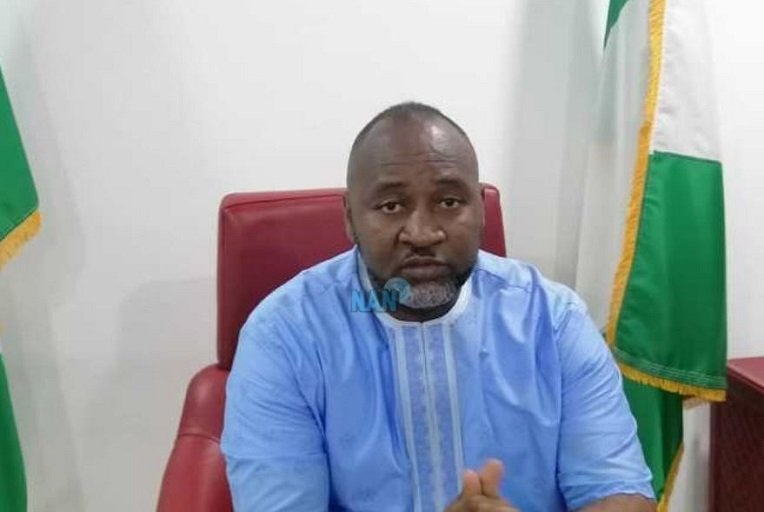 The chairman of Roots Television, Mr Dumebi Kachikwu, has declared his interest to contest for the presidential seat in the 2023 presidential election.

Kachikwu, who is a journalist declared his interest in the top job in a virtual broadcast in Abuja on Wednesday.

In his broadcast entitled: “My Opening Argument”, Kachikwu listed 20 reasons that necessitated his interest in contesting for the plum job.

“I am contesting on the platform of African Democratic Congress and I will initiate public service reforms, eliminate corruption and win the war against terrorism.”

He said that Nigerians had suffered enough and that time had come for them to breathe fresh air, saying that the best way to eliminate corruption was to ensure that workers were paid better salaries.

“My government will build modern cities and ensure that all nooks and crannies of the country have better amenities, world-class health facilities with accessible and affordable internet services.

“We will redirect the vast energies of youths to productive venture like trading with their technological skills rather than engaging in online scams, popularly called ‘yahoo yahoo.’

“If elected president, I will collaborate with state governments to invest in power generation, build broadband internet infrastructure and limit states and private sector to distribution activities only,” Kachikwu said.

Speaking on the reasons for declaring his interest, the media mogul said that he had a robust plan for a new deal for Nigerians and no longer on the basis of Hausa, Igbo or Yoruba or North and South.

“We will resist all those who make religion and tribe their mantra. It will no longer be business as usual and I will usher in a Nigeria that promotes merit, character and know-how above primordial sentiments.

“We will make merit a national policy as every part of the country is blessed with people with talents and abilities and we must create the enabling environment for these people to emerge in government and governance.

“Nigeria will no longer be associated with mediocrity as we will invest in our citizens, our greatest asset.

“The toga of lazy youths won’t stand as we build the greatest workforce on earth. We must build a workforce that knows today and understands the demands and dictates of tomorrow.

“We can no longer be in conflict with what we don’t know as we make policy somersaults over modern age financial instruments like bitcoins.”

Kachikwu said further said that if elected president of the country, his administration would make government accessible to all citizens.

He noted that government and governance should be seen as a “big brother” and not a “big bully”.

The journalist also assured that he would prioritise electricity generation and distribution as there was no rocket science to generating power, neither was there any magic in distributing it.

Kachikwu, who is also a security expert, vowed that he would win the war against terror, banditry and kidnapping.

“For too long our people have cried; men and women are being butchered, orphans and widows created by the minute by a war sustained by the greedy, who profit from defence contracts and the blood thirsty, who seek to destroy our way of life.

“We will confront them head-long and destroy them. We will arm all the willing and able to rid our nation of foreign invaders. We will take the fight to their camps as we arrest and prosecute their sponsors.

“Our debilitating challenges are man-made and we must use an iron fist in crushing those whose decades of evil practice in our public service space have led us to the brink.

“We will treat those who sabotage our nation and way of life as saboteurs and bar public servants from foreign medical treatment and foreign education for their wards.

According to Kachikwu, if he emerges president, his first executive interface with the National Assembly will include presenting a bill dubbed the Nigerian Patriot Act.

Kachikwu said the bill would represent equality and fairness.

He also vowed to stop incessant and unprofitable borrowings by states and the Federal Government and increase investment in power and telecoms infrastructure and transform farming into agribusiness.