Acrimonious primaries may lead to no candidates, INEC tells APC, PDP, others
Advertisement 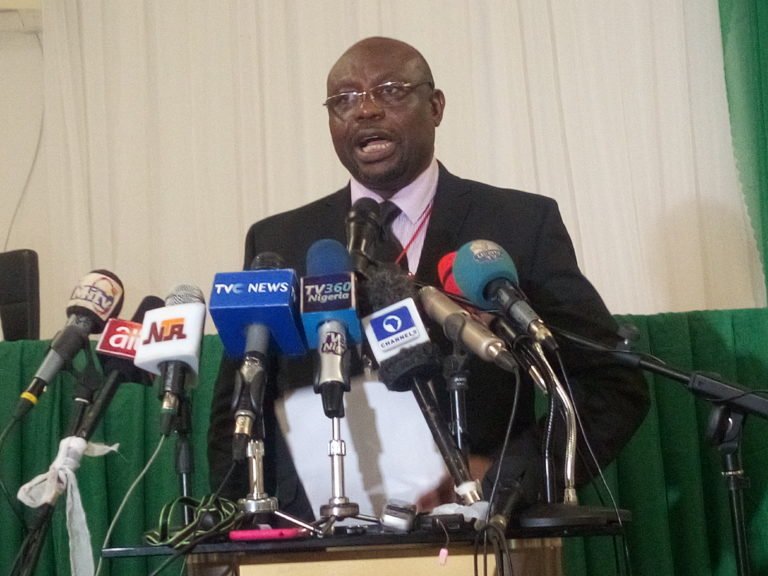 The Independent National Electoral Commission (INEC) has warned that any party that conducts an acrimonious primary stand the risk of having no candidates to field at the elections.

INEC also urged political parties to adhere to its timetable and schedule of activities leading to the 2023 general election.

Festus Okoye, National Commissioner and Chairman, Information and Voter Education Committee in a statement on Tuesday, reiterated some of the timeline outlined by INEC.

“Nigerians may recall that on Saturday 26th February 2022, the Commission released the Timetable and Schedule of Activities for the 2023 general election.

Adding that, all the activities are in line with the provisions of the Constitution of the Federal Republic of Nigeria 1999 (as amended) and the Electoral Act, 2022.

INEC explained that, “So far, two out of the 14 activities in the Timetable and Schedule of Activities have been successfully accomplished. The Notice of Election was published on 28th February 2022, while nomination forms have been made available on the Commission’s website since 1st March 2022 for political parties to download and issue to their candidates.

“The next activity is the conduct of primaries by political parties in line with the dictates of Section 84 of the Electoral Act for which the Timetable and Schedule of Activities provides a period of 61 days (4th April to 3rd June 2022).

“The Commission wishes to reiterate that parties must adhere strictly to the principles of internal democracy, drawing from their constitutions, guidelines, the Electoral Act and other Regulations and Guidelines issued by the Commission. Their candidates for the 1,491 constituencies for which elections will be conducted in 2023 must emerge from democratic, transparent and valid primaries, in line with the provisions of Sections 29 and 84 of the Electoral Act, 2022. Where a political party fails to comply with the provisions of the Act in the conduct of its primaries, its candidate shall not be included in the election for the particular position in issue.

“As required by law, the Commission shall monitor the primaries of each political party that provides the required legal notice in line with Sections 82 (1) and (5) of the Electoral Act. Failure of a political party to notify the Commission of any convention or congress convened for the purpose of nominating candidates for any of the elective offices specified in the Act shall render the convention or congress invalid.

“Primaries must be conducted in the various constituencies as provided in Section 84 of the Electoral Act as it is a violation of the law to conduct primaries outside the constituencies for which parties are nominating candidates. The Commission will not monitor such primaries and their outcome will not be accepted.

INEC added that, “Political parties are enjoined to avoid acrimonious primaries that could result in unnecessary litigations that may lead to failure to nominate and field candidates for elections in some constituencies.”

Osinbajo to declare for 2023 Presidency on Thursday