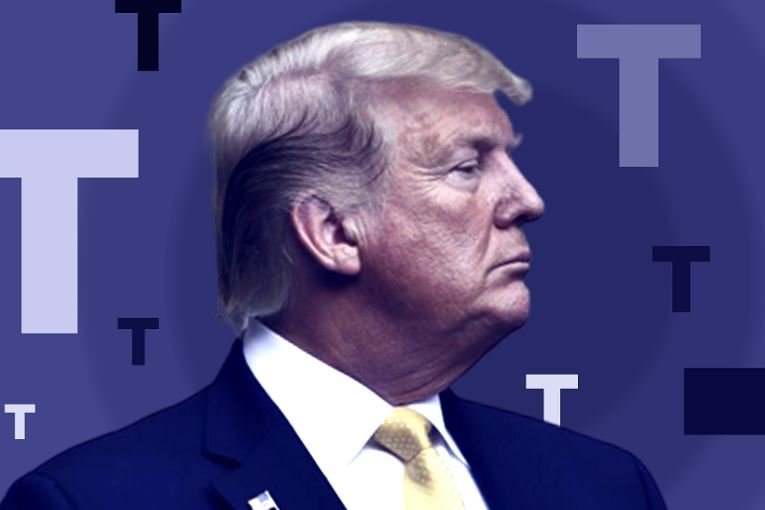 In October 2021, Donald Trump announced he was planning to launch a revolutionary technology company.

“I created Truth Social… to stand up to the tyranny of big tech,” he said.

“We live in a world where the Taliban has a huge presence on Twitter yet your favourite American president has been silenced.”

The app launched on Presidents’ Day, 21 February, but six weeks later is beset by problems. A waiting list of nearly 1.5 million are unable to use it.

Truth Social looks a lot like Twitter, a platform that banned Mr Trump after a mob of his supporters attacked the United States Capitol Building.

Twitter believed Donald Trump, by making false claims the election had been “stolen”, had incited violence. He was banned for life on 8 January, 2021.

“It’s been a disaster,” Joshua Tucker, director of NYU’s Center for Social Media and Politics, said.

And a Republican ally of Mr Trump’s, who did not wish to be identified, said: “Nobody seems to know what’s going on.”

On 21 February, Truth Social was one of the App Store’s most downloaded apps – but many who downloaded it were unable to use it.

There was an assumption this problem would soon be resolved and Mr Trump would start posting his “truths” in the coming days – but neither of those things happened.

Users who find their way in can find the app a little empty, as many big voices on the American right have so far stayed away.

Another study found downloads have fallen by as much as 95%.

And many are feeling frustrated.

“Signed up for Truth Social a couple weeks ago and still on a waiting list,” one Twitter user said, on Tuesday.

“By the time I’m off the waiting list and on to Truth Social for real, Trump will be President again,” joked another.

Truth Social chief executive Devin Nunes said its goal was to be “fully operational” by the end of March.

But quite why the app is having so many problems has baffled experts.

Some have pointed to Truth Social’s partnership with Rumble, a video-sharing platform that looks a bit like YouTube.

Popular with conservatives and the far right, Rumble was supposed to provide a “critical backbone” for the site’s infrastructure.

But if Truth Social is having server problems, why has it taken so long to fix?

“It should take a few days to fix, not six weeks,” a Republican source close to Mr Trump said.

“There’s always going to be hiccups at the beginning – but at this point, I would have thought it would have been resolved.

“Nobody seems to understand why.”

Mr Trump is said to be furious, asking why more people are not using Truth Social.

“That’s his last chance to launch it – when suddenly Trump comes in and starts being really active on it, that will get a buzz.”

Much maligned, Truth Social could still rival competitors such as Gab and Gettr.

Mr Trump retains star quality and any “free speech” app would bend over backwards to have him on its platform.

But at the moment, Truth Social has become a little embarrassing.

A platform supposed to stand up to Silicon Valley’s heavyweights has barely been able to get to its feet.

Chris Rock did not want Will Smith ejected – Oscars producer