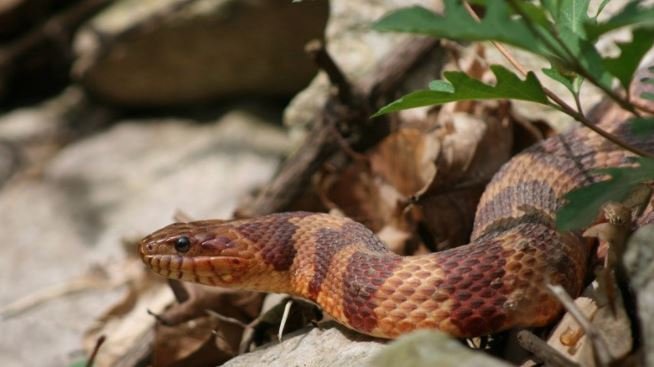 Officers of the FCT command of the Nigerian Security and Civil Defence Corps (NSCDC) have been gripped by fear following the discovery of several deadly snakes in their office premises.

The shocking discovery was made after a snake attacked a telecommunications worker who decided to use a toilet in the Premises. He was bitten twice on the manhood and was rushed to a hospital.

The family insisted he should be withdrawn and taken to traditional healers. Speaking on the incident, an officer revealed; “On that fateful day, my colleague and I were coming out of the security post when the victim screamed and when we rushed to his aid, we saw a big snake, raised the alarm and immediately alerted our superiors.

Read Also: NDLEA Seizes N5bn Worth Of Tramadol In 3 States

“Members of our Rapid Rescue Unit were alerted and they immediately rushed to the spot and took him to a hospital. The snake bit him twice on his manhood. On hearing the news, other officers and visitors at the premises immediately left the premises.”

On March 29, 2022, the command’s authorities sought the help of some snake charmers who captured nine snakes after a three-hour search. The snakes which were believed to have inhabited the various water closets at the office seem to be competing with rodents for food.

An officer said; “Huge snakes, some up to 20 feet long or more, with telephone-pole-sized girths, have been parading the area. As I speak to you, we are now afraid of night duty. The March 29 incident was not an isolated case, as snakes have become regular guests at the FCT command.”

Some officers vowed never to use the office toilets following the disturbing events.