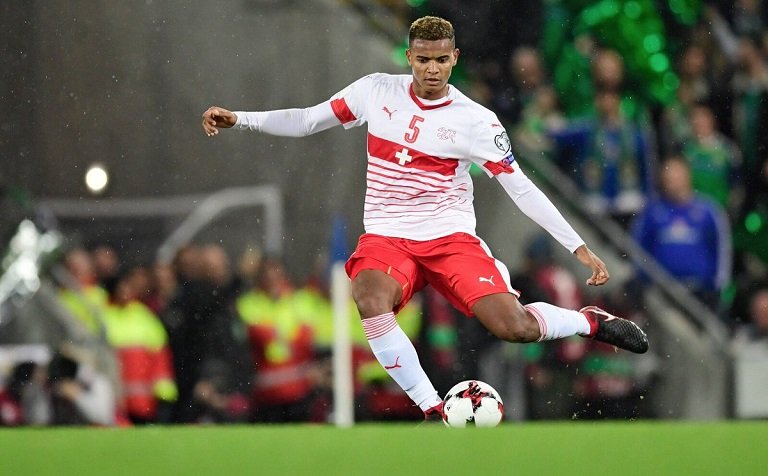 Manchester United target and Switzerland defender Manuel Akanji, 26, wants to leave Borussia Dortmund and is considering a move to the Premier League. (Sport1)

Barcelona are unwilling to meet Antonio Rudiger’s initial financial demands but will have another meeting with the Germany defender, 29, over a free transfer from Chelsea this summer. (Sport – in Spanish)

Barcelona want to agree a contract extension for Ronald Araujo, who has received an offer from Manchester United, but the Uruguay centre-back, 23, has not taken kindly to Barca’s pursuit of Rudiger and Chelsea’s Denmark 25-year-old defender Andreas Christensen. (Sport – in Spanish)

Borussia Dortmund’s Norway striker Erling Braut Haaland, 21, will decide by the end of April if he will join Real Madrid, Barcelona or Manchester City this summer. (Sport – in Spanish)

Wales forward Gareth Bale, 32, is among a number of Real Madrid players who will be offloaded this summer. (Marca)

Arsenal and Tottenham are interested in Lautaro Martinez but Inter Milan will only sell the Argentina striker, 24, if they receive a bid of more than 80m euros (£67.3m). (Calciomercato – in Italian)

West Ham will reward Polish goalkeeper Lukasz Fabianski, 36, with a new contract for next season. (Mail)

Aston Villa will attempt to secure a permanent transfer for Anwar El Ghazi this summer, but Everton have no plans to sign the Netherlands winger, 26, when his loan spell expires. (Football Insider)

Birmingham City are bracing themselves for interest from Premier League and European clubs in their England Under-18 midfielder George Hall, 17. (Mail)

Newcastle are lining up a £20m offer to Brighton for Spain goalkeeper Robert Sanchez, 24, in the summer and also targeting Watford’s Senegal winger Ismaila Sarr, 24. (Sun)

Everton will let Allan leave in the summer, despite the Brazil midfielder, 31, having another year left on his contract. (Sun)

Former Armenia midfielder Henrikh Mkhitaryan is out of contract in the summer, but, after an upturn in form, Roma are set to open talks over a new deal for the 33-year-old this week. (Fabrizio Romano on Twitter)