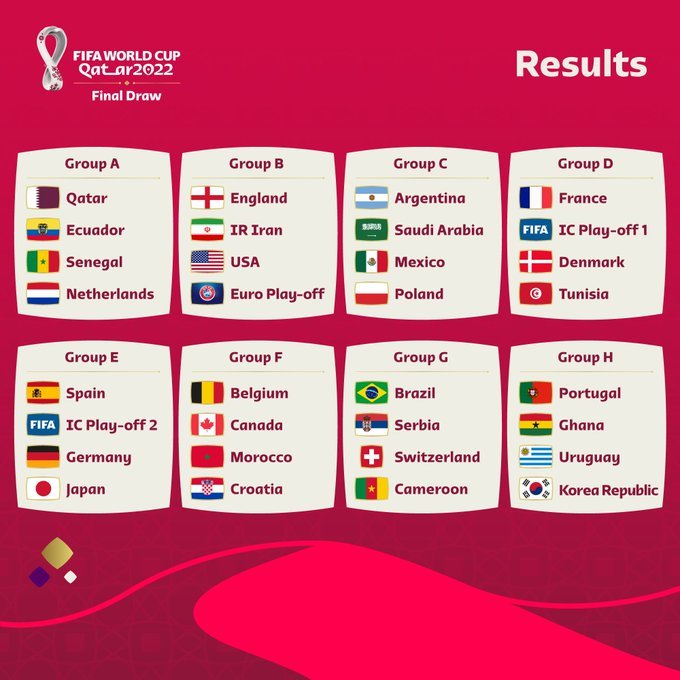 The United States will face England and Iran in Group B at the World Cup finals while Spain will take on Germany in a clash of former winners in Group E.

Holders France take on Denmark and Tunisia in Group D after three of the four spots in each group were drawn.

The football world gathered in the Qatari capital on Friday as the draw ceremony for the World Cup finals got under way with music and dance.

The tournament will run from Nov. 21 to Dec. 18 — the first time soccer’s top prize has been competed for in the Middle East and there was a distinct Arabian feeling to the show.

Fans gathered outside the Doha Exhibition and Conference Centre hoping to catch a glimpse of some of the big names in attendance, which included former champions such as Germany’s Lothar Matthaus, Italian Alessandro Del Piero and Brazil’s Cafu.

Hundreds of reporters and broadcast crews from all over the world set up camp inside and around the venue as dusk approached and the searing daytime temperatures eased.

The 29 countries who have secured their place in the finals will be drawn into eight groups of four teams with three ‘place holders’ for the spots yet to be determined via qualifying games.