War is hell, not a blockbuster by Owei Lakemfa
Advertisement 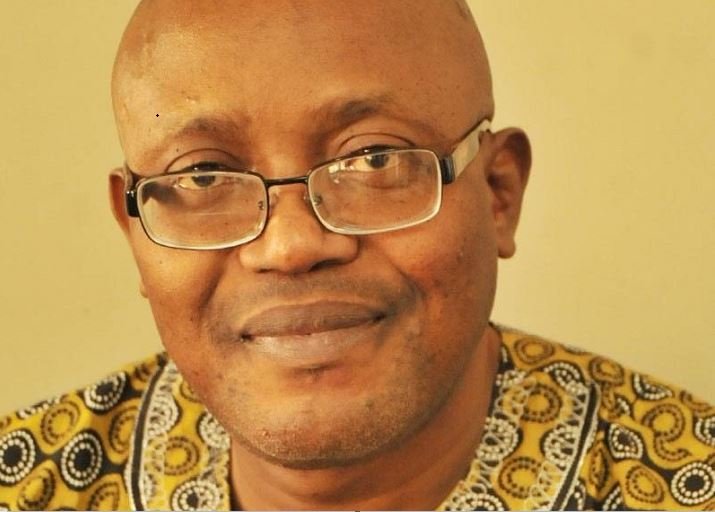 The domineering media is presenting Ukrainian President Volodymyr Zelensky as a war hero who has confidently stood up to Russian forces and is recording stunning victories. Yes, Russian troops are dying, but so are Ukrainian troops. Worst still, Ukrainian civilians are dying not necessarily because they are targeted or bombed, but that is the logic of war as there would be shortages of basic needs from food to medicines and some too weak to flee.

The most tragic thing is that the war is being fought on Ukrainian soil; in their towns and cities, alleys and highways with infrastructure being destroyed and economic activities and  education grounded.  The motivational speakers giving Zelensky the impression that he is a super hero who can, in fact, win the war would not themselves agree to be used as cannon fodders like the Ukrainians.

They concentrate their efforts and energy on debates and propaganda and how to supply more weapons when what the Ukrainians need is a ceasefire, a negotiated settlement, food and medicines, drink and safe shelter. Already, as at yesterday, the United Nations reports that 870,000 Ukrainians have fled the borders to become refugees. The European Union says the figure can rise to as high as four million!

War is hell. It is death, extreme suffering, devastation, sorrow, hunger and families torn apart.  Sometimes in war, the victim wails for death and is ignored. It is not the heroes you watch in blockbuster films. The famous Nigerian poet, John Pepper Clark in his 1966-68 anti-war poem: ‘The Casualties’ wrote that: “The casualties are not only those who are dead.  Though they await burial by installment. The casualties are not only those who started   a fire and now cannot put it out.
Thousands are burning that have no say in the matter…Because whether we know or Do not know the extent of wrongs on all sides,
We are characters now other than before
The war began…We are all casualties.”

Wars also have their own logic which is paralogical. Would Ukrainians have ever thought that the United Kingdom which shouts on the rooftops and is offering lethal weapons to them, would deny them entry into that country unless they have valid visa?

In what embassy  would Ukrainians who are fleeing for their lives obtain  British visa?  Would they have thought that reliable Israel would reject their entry as refugees?

I think countries which prefer a negotiated resolution of the crises rather than be part of the Western chorus against the ‘Devil Putin’ do humanity more good. That is the common sense exhibited by other trusted allies of the United States like Saudi Arabia and the United Arab Emirates.

European countries like other peoples in history have been involved in various wars like the English-French One Hundred Years War, 1337-1453. When they seized colonies and exploited the colonised, there were near-war situations which they handled with their American allies by holding a conference in Berlin in 1884/85 at which they agreed on peaceful means of chopping up Africa and dividing it like spoils of war.

However, Europeans have a tendency of making their differences the problem of the entire humanity. For instance, with their different alliances, imperialist goals and self-interests a single spark; the assassination of Archduke Franz Ferdinard of Austria on June 28, 1914 by a Serbian led to the 1914-18 All-European War christened the First World War. That war claimed 9.7 million soldiers, 10 million civilians, while 21 million were wounded.

When as a result of the mishandling of the post-war victory, especially with punitive sanctions against Germany and the theft of its colonies, the Europeans resumed their war, it claimed 70-85 million lives or about three per-cent of  the 1940 world population. That European War was called the Second World War.

Apart from the Europeans pillaging our resources in Africa, turning schools like the Kings College into war camps, many youths in the continent were seized and conscripted  into the colonial armies. Many of these our fathers and grandfathers never returned home.

They were killed in faraway lands they had never been to, and buried in unmarked graves. So many Nigerian youths were thrown into the battle fields of Burma that some Nigerians called it the Burma War. Those who returned were called Burma Boys, a name subsequently adopted by street toughies.

Today, the same European countries and their American allies are stacked on either side of the war in Ukraine; once again threatening to transform an European war into a world war.

When Russian President Vladimir Putin told the North Atlantic Treaty Organisation, NATO, members that if they militarily intervene in the Ukrainian war against his country, they would face “such consequences that you have never encountered in your history”, French Foreign Minister Jean-Yves Le Drian retorted: “Yes, I think that Vladimir Putin must also understand that the Atlantic alliance is a nuclear alliance.”

The implication is that for the Europeans, nuclear war is not off the table. NATO, a racist club, is falsely being presented as an effective multilateral institution and a democratic bulwark. In truth, it is a mere military alliance by Europe and North America to perpetuate their interests. It is an unconscionable, militarist institution. Yes, many Europeans can feel safe under NATO, but it will be foolish for Africans, Asians, Latinos and Arabs to feel the same; the sheep may want peace but that cannot be guaranteed by a pack of wolves.

NATO was established in Washington on April 4, 1949 by 12 Western countries primarily to check the spread of the communism. To counter it, six years later, seven socialist countries established the Warsaw Pact. With the collapse of the Socialist Bloc, the Warsaw alliance collapsed, but rather than NATO folding up since the reason for its establishment was no longer there, it decided to expand East  by absorbing 13 former Warsaw Pact countries. It is its attempt to further expand by bringing in Ukraine that has partly led to the on-going war.

When NATO turned 70 in  2019, I wrote a column titled: ‘Setting the world free by resting NATO’ in which I argued that its “continued existence is inimical to global peace”.

Owei Lakemfa is a journalist, writer and human rights activist

Why has Russia’s 64km convoy near Kyiv stopped moving?