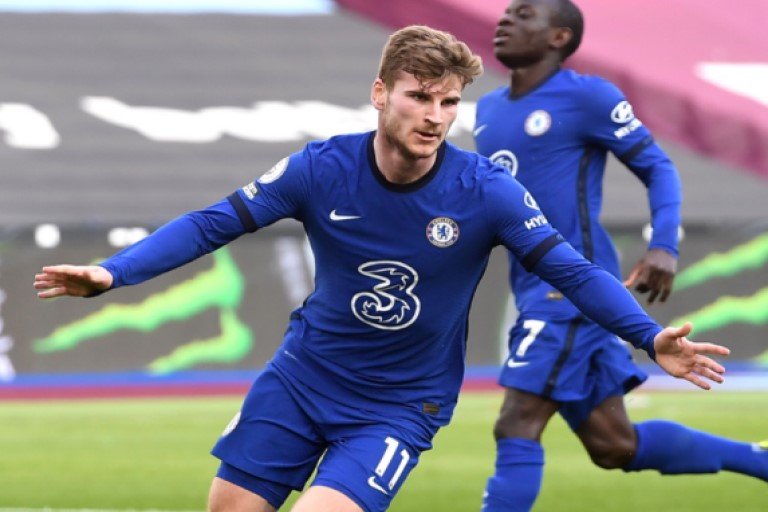 Germany forward Timo Werner wants to leave Chelsea and the Blues will not stand in the 26-year-old’s way – as long as their price tag of 40m euros (£33m) is met. (Sport1)

Werner says he has been performing well for the national team because the style suits him.

If Erik ten Hag takes over as Manchester United manager, he is keen on signing Brazil winger Antony, 22, from his current club Ajax. (Telegraph)

Manchester United and France midfielder Paul Pogba, 29, will need to take a significant pay cut if he wants to rejoin Juventus this summer. (Calciomercato – via Mail)

Benfica striker Darwin Nunez, 22, who is a target for Tottenham, will only be allowed to leave for a deal worth over 80m euros (£67m) this summer. (O Jogo – via Sport Witness)

Arsenal have made an offer for Feyenoord and Colombia winger Luis Sinisterra, 22. (Corriere dello Sport – in Italian)

Real Madrid have identified Borussia Dortmund and England midfielder Jude Bellingham as a target, despite strong links between the 18-year-old and a move to Liverpool. (Bild)

Manchester United’s 21-year-old English defender Brandon Williams – currently on loan at Norwich – says there would be “no point” in him returning to Old Trafford to be a substitute. (Mail)

Barcelona have not yet made an offer for Leeds forward Raphinha, but personal terms have been discussed with the 25-year-old’s agent. The Brazilian winger only has a clause in his contract to determine his price if his club are relegated. (Fabrizio Romano)

Chelsea will join the race to sign Argentina striker Paulo Dybala, 28, on a free transfer from Juventus once the club’s takeover is complete. (90Min)

Gareth Bale, 32, could sign a short-term deal with a new club after leaving Real Madrid this summer and retire immediately after the World Cup, should Wales qualify. (Standard)

Brighton are the latest English club to show interest in 16-year-old Scottish striker Rory Wilson, who has scored 40 goals for Rangers’ youth sides this season – and has been linked heavily with Aston Villa. (Scottish Daily Express)

The Seagulls have also made a £250,000 bid for Kilmarnock’s 16-year-old Scotland U17 defender Charlie McArthur, who is interesting Wolves and West Ham. (Record)

Barcelona have opened talks with Ousmane Dembele, 24, over a new contract. The France forward has been linked with a free transfer move to Paris St-Germain or Chelsea when his current deal expires this summer. (Mail)