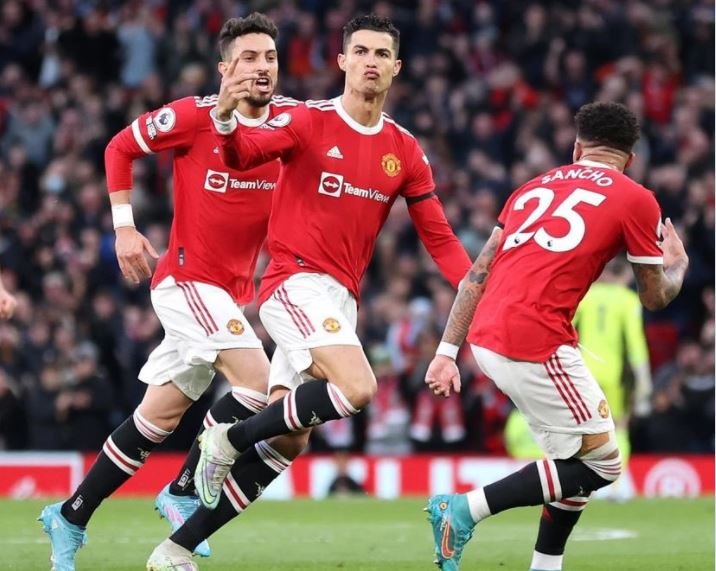 Cristiano Ronaldo scored his first Manchester United hat-trick in 14 years as Tottenham were defeated in a thrilling encounter at Old Trafford.

The brilliant Portuguese put United ahead twice before heading home the winner from Alex Telles’ corner nine minutes from time, the 807th goal of his career.

Tottenham twice responded to Ronaldo’s efforts, through a Harry Kane penalty and a Harry Maguire own goal.

But it was Ronaldo who had the final word, completing his first United treble since January 2008, in a 6-0 win over Newcastle.

The result was a major confidence boost for United before Tuesday’s Champions League last-16 second leg against Atletico Madrid.

It also moves them back into the top four and keeps Tottenham in seventh, although Arsenal – two points behind in fifth – remain favourites to clinch the final Champions League berth as they have four games in hand.

The debate around Ronaldo’s value to this United team has been going on from the moment their season started to unravel barely a couple of weeks after his much-heralded return.

At 37, it is clear his best days are behind him.

Yet he remains capable of such moments of brilliance that it is hard to see how this present squad would benefit from him not being there.

His opener was a prime example.

Fred’s deft flick to the side helped considerably but Ronaldo’s two precise touches teed up the right-footed shot that flew over Hugo Lloris and into the top corner.

The second was further evidence of Ronaldo’s ability to exploit weakness. He timed his run to perfection as Jadon Sancho made the most of Sergio Reguilon’s struggles within the Tottenham defensive line to deliver the low cross that his vastly experienced team-mate turned home with ease.

And if anyone was likely to get a winner, it was United’s number seven.

When he did, Ronaldo was immediately replaced to a standing ovation that was totally deserved.