US safety board faults Ethiopia over Boeing 737 MAX report 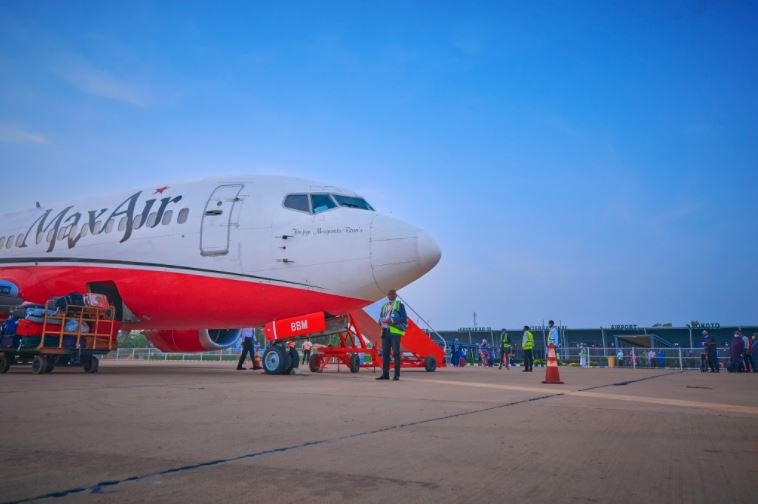 A Max Air evacuation flight has arrived Abuja, Nigeria’s capital in the early hours of Friday from Bucharest, Romania, an official said.

The Max Air flight is part of the Nigerian government evacuation plan for its citizens that were stuck in Ukraine following its invasion by Russia.

“To God be the glory, Max Air Evacuation flight VM602 from Bucharest touched down in Abuja,” she tweeted.

According to NIDCOM, the flight landed Nnamdi Azikwe International Airport at 7:10am.

The Nigerian government commissioned two local airlines – Max Air and Air Peace – to evacuate citizens from neighbouring countries to Ukraine after many stranded Nigerians revealed that they were denied entry into Poland because of their skin colour or nationality.

Nigeria’s foreign minister, Geoffrey Onyema had on 28 February explained that plans were in place to evacuate Nigerians.

The Ministry of Foreign Affairs also added that 130 Nigerians have been received by the country’s embassy in Romania.

In a statement, the ministry explained that it has also provided accommodation for them while arrangements are being made to take them back home.

“Also, officials at Budapest, Hungary have received and accommodated 74 Nigerians safely, where they are being documented for subsequent travel arrangements back to Nigeria,” the statement, signed by the ministry’s Permanent Secretary, Ambassador Gabriel Aduda, read.

According to him, another batch of about 200 Nigerians is expected in Budapest later in the day. He also said 52 persons have been received in Warsaw, Poland. Of the number, 23 are being processed at the Polish Government Reception Point at Hala Kijowska.

“The camp is well organised with beds and beddings, food, heating, clothing, and medicals for evacuees,” the statement added.

“We assure Nigerians that all hands are on deck and arrangements are being put in place to effectively evacuate our citizens, in safety and dignity.”

Why has Russia’s 64km convoy near Kyiv stopped moving?