Man Utd back for Rudiger, Arsenal to re-sign Gnabry
Advertisement 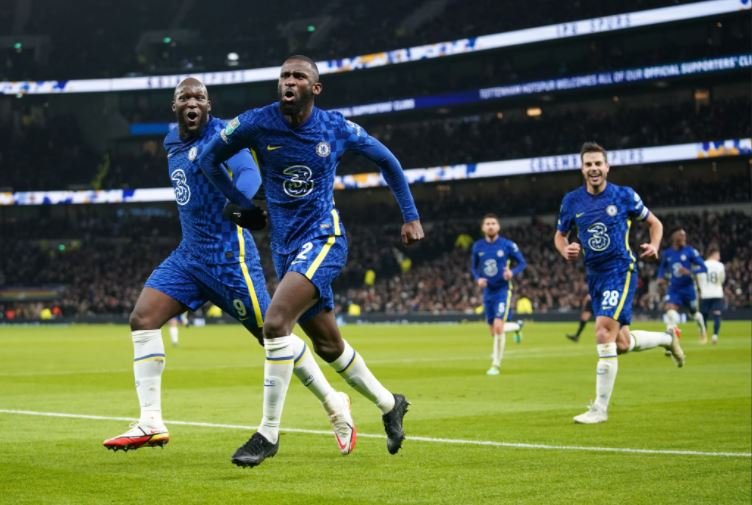 Newcastle United are interested in signing Germany defender Antonio Rudiger when the 29-year-old’s Chelsea contract expires at the end of the season. (Telegraph)

But Manchester United will rival their fellow Premier League side for Rudiger this summer. (Express)

United, however, could miss out on signing the centre-back due to the uncertainty over who will become the next manager at Old Trafford. (90min)

Arsenal could attempt to re-sign Germany winger Serge Gnabry from Bayern Munich, with the 26-year-old – who spent four years with the Gunners – valued at £63m. (Football.London)

Tottenham are prepared to listen to offers for 23-year-old Brazilian defender Emerson Royal, less than a year after his £26m move from Barcelona. (Sun)

However, Barcelona president Joan Laporta has denied reports that negotiations are already underway to sign Haaland, who is also wanted by Manchester City and Real Madrid. (Mail)

England striker Harry Kane, 28, has told team-mates he will stay at Tottenham next season if Champions league football is secured and Antonio Conte remains as manager. (Express)

Liverpool will have the chance to sign Red Bull Salzburg’s 20-year-old German striker Karim Adeyemi in the summer transfer window, however they could face competition from Borussia Dortmund. (Express)

Manchester United will have to pay up to 80m euros (£66m) to sign Serbia midfielder Sergej Milinkovic-Savic, 27, from Lazio as a replacement for France midfielder Paul Pogba, 28. (Sport Witness)

Former Arsenal winger Perry Groves says the Gunners should target Everton and England striker Dominic Calvert-Lewin, 24, at the end of the season. (Star)

Everton face a wage crisis if they suffer relegation to the Championship. (Mail)

Liverpool progress despite loss to Inter