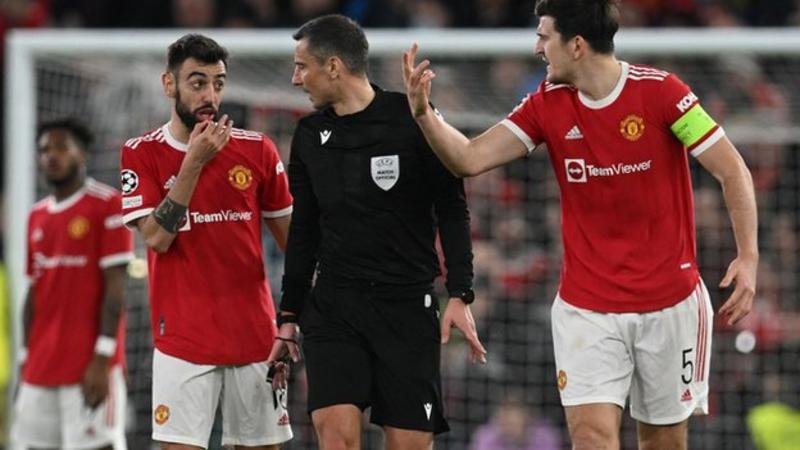 Manchester United’s Champions League campaign ended in the disappointment of defeat by Atletico Madrid at Old Trafford to leave them with only a Premier League top-four place to fight for this season.

Ralf Rangnick’s side were not short on endeavour but lacked the guile to break down Atletico’s trademark resilience as Renan Lodi’s far-post header four minutes before half-time sent the Spanish champions into the last eight.

United dominated possession for large portions of the second half but, as they have done so often, Atletico built a wall of defensive resistance – and when they did threaten, goalkeeper Jan Oblak provided the final barrier.

He saved brilliantly from Raphael Varane’s header in front of the Stretford End as United were left to fight for a place in next season’s Champions League in the final weeks of the domestic season.

Manchester United went the same way as so many teams before them who have suffered at the hands of this remarkably durable Atletico machine assembled by Diego Simeone.

United showed plenty of effort and had Old Trafford rocking with a high-intensity start but they simply ran out of ideas and inspiration the longer the game went on – Atletico digging in and defending with the sort of relish they have shown many times over the years.

Cristiano Ronaldo produced a couple of classic early touches but he was a peripheral figure long before the end, with Rangnick and United’s desperation illustrated when struggling captain Harry Maguire was replaced by veteran Juan Mata.

United were also infuriated by the erratic refereeing of Slovenian official Slavko Vincic, particularly when they felt Anthony Elanga had been fouled moments before Lodi arrived unmarked to head home Antoine Griezmann’s cross at the far post.

Over the two legs, however, United have simply not been good enough to progress and now face an uphill task to reach the Premier League’s top four, as they lie fifth behind Arsenal having played three games more.

Simeone does it again

At the final whistle, Atletico coach Simeone showed a neat turn of pace to turn left and sprint off towards an infuriated Stretford End, straight down the tunnel without a backwards glance, pelted with objects and drinks as he disappeared from view.

Behind him, Manchester United players and fans were left with a familiar feeling of having the rug pulled out from under them by Simeone – and by the Atletico side he has drilled so fiercely and with such discipline.

Liverpool and Jurgen Klopp felt exactly the same after Atletico won at Anfield at this same stage two years ago and while La Liga’s champions may not be among the Champions League favourites, no-one will particularly relish being paired with them.

They have players who can provide class in attack and in Oblak they possess one of the world’s great goalkeepers.