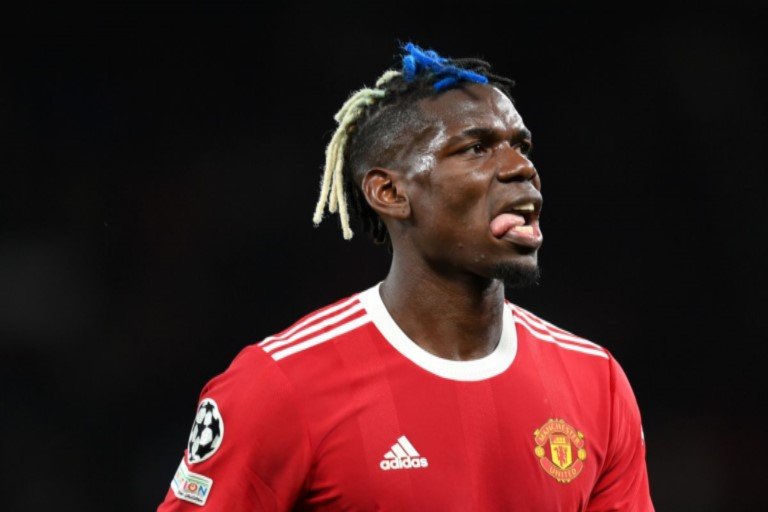 Juventus have contacted Paul Pogba’s agent Mino Raiola about the possibility of the Manchester United midfielder returning to Turin as a free agent in the summer. (Gazzetta dello Sport – in Italian)

Pogba would have to accept a pay cut if he returned to Juve, who see their pursuit of the World Cup winner as a difficult one with Paris St-Germain and Real Madrid also in the race for the 28-year-old France international. (Calciomercato – in Italian)

West Ham are keen to sign Belgium Under-21s midfielder Amadou Onana from Lille, who want more than £20m for the 20-year-old. (Sun on Sunday)

Atletico Madrid are considering a move for Paris St-Germain’s 31-year-old Netherlands midfielder Gini Wijnaldum, who is said to be considering his future in the French capital less than one year into a three-year deal. (Mundo Deportivo – in Spanish)

Chelsea’s Danish defender Andreas Christensen, 25, has turned down approaches from rival Premier League clubs and is close to agreeing a deal with Barcelona, who have tabled a better offer than Bayern Munich. (Fabrizio Romano)

Barcelona boss Xavi Hernandez is said to be confident the club will win the race to sign 21-year-old Borussia Dortmund striker Erling Braut Haaland, with the Spanish manager refusing to deny that he flew to Germany to meet the Norway international last week. (Sun on Sunday)

Lazio manager Maurizio Sarri is keen on being reunited with Chelsea’s 27-year-old goalkeeper Kepa Arrizabalaga in Rome, with the ex-Blues boss identifying the Spaniard as a loan target for the summer. (Corriere dello Sport – in Italian)

Leeds could make a bid to sign Manchester United’s 20-year-old midfielder James Garner in the summer, while Southampton are also keeping a close eye on the England Under-21s international who is on loan at Nottingham Forest. (Sun on Sunday)

Arsenal and Newcastle United are interested in Sevilla’s 24-year-old Morocco forward Youssef En-Nesyri, who was linked with a move to Manchester United in January. (Teamtalk)

England midfielder Bukayo Saka has no desire to leave Arsenal, despite Liverpool showing interest in the 20-year-old. (Sun on Sunday)

Bayer Leverkusen will want a club-record fee of about 100m euros for 22-year-old France winger Moussa Diaby, who is wanted by Newcastle. (Sport Witness)

Czech Republic midfielder Alex Kral has been linked with a move to French Ligue 1 side Montpellier next season, with West Ham unlikely to take up the option to buy the 23-year-old when his loan from Spartak Moscow expires in the summer. (Foot Mercato – in French)

Related Topics:JuventusPaul Pogba
Up Next