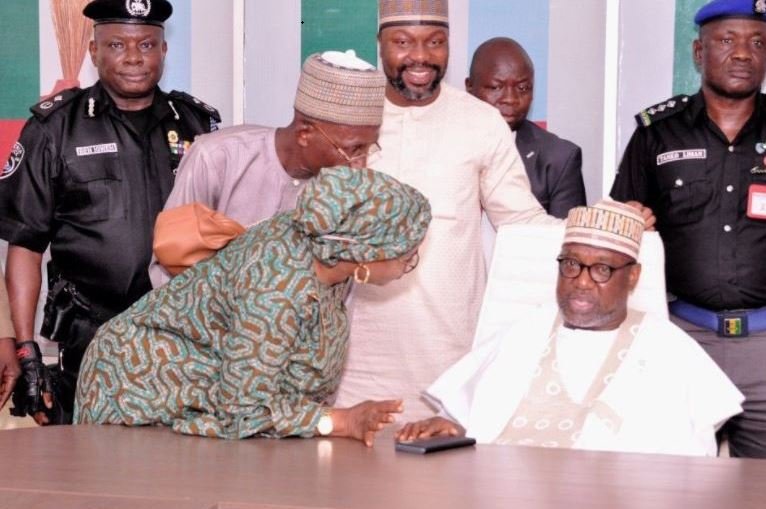 Governor Abubakar Bello of Niger state has presided over the Caretaker/Extra-ordinary Convention Planning Committee (CECPC) meeting at the All Progressives Congress (APC).

His action comes hours after it was reported that he has been ordered to takeover from his Yobe counterpart, Mai Mala Buni.

In a tweet on his official account on Monday, he wrote, “I am currently presiding over the Caretaker/Extra-ordinary Convention Planning Committee of the APC at the National Secretariat of the Party.”

I am currently presiding over the Caretaker/Extra-ordinary Convention Planning Committee of the APC at the National Secretariat of the Party. pic.twitter.com/FBYlvkyWrw

According to a source within the APC, “Buni did not actually want to leave as chairman and was doing everything to perpetuate himself by obstructing plans to ensure that the March 26 national convention of our great party did not hold. There have been series of subterfuge,” the source said.

“Most of the activities and announcements and actions by the Buni-led Caretaker Committee in recent times have portrayed Mr President as incompetent in taking a decision and standing by it, but this is not so.

The source added that, “The party and Mr President discovered a lot of corruption and untoward actions by Buni and his team, which goes against the principles of our great party.”