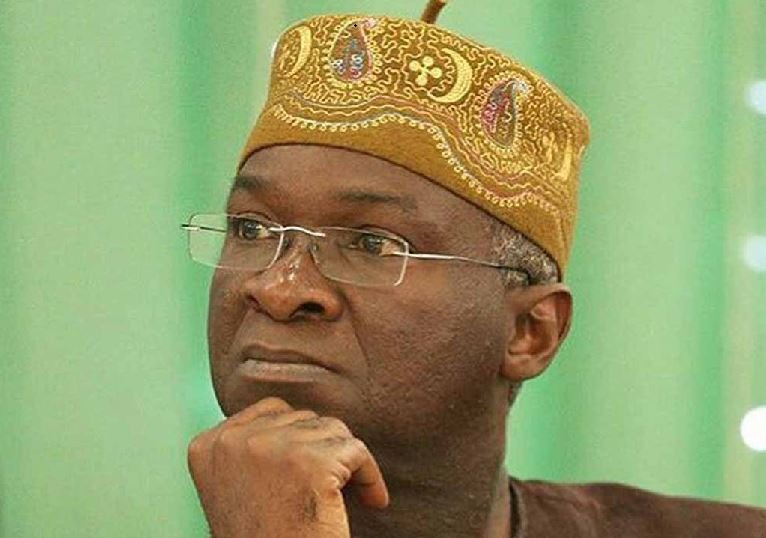 Minister of Works and Housing, Babatunde Fashola, has denied the rumours making the rounds that his convoy was involved in an accident in Asaba, Delta.

The minister, who was in Delta for the inauguration of a Federal Government Housing unit on Thursday, stated this while responding to questions from newsmen in Asaba.

He affirmed that he was in Asaba in company of the Chief of Staff to the President, Prof. Ibrahim Gambari, and the Minister of Labour and Productivity, Dr Chris Ngige, to access the level of work on the Second Niger Bridge.

“It is unfortunate that some sections of the media choose to tell sensational premium lies.

“Yes, we were in Asaba two days ago (Tuesday), myself, the Chief of Staff to Mr President, Ibrahim Gambari, the Minister of Labour, Dr Chris Ngige, who is an indigene of Anambra state, to physically assess development at the Second Niger Bridge.

“We were not involved in any accident.

“We returned to Abuja safely on the same day and we all participated in yesterday (Wednesday) Federal Executive Council meeting,” Fashola said.

Fashola added: “It was after we left the meeting that we got word that there was a social media report that my convoy was involved in an accident.

“But when I investigated, it turns out that members of the Police Command in Anambra State, who came to provide support because the Chief of Staff to the President was in town and the project we came to investigate transverse Anambra and Delta states.

“Unfortunately on their way back they had an accident, but thankfully, nobody died, they were injured and responding to treatment, so, we are all fine.”

Related Topics:Babatunde Fashola
Up Next