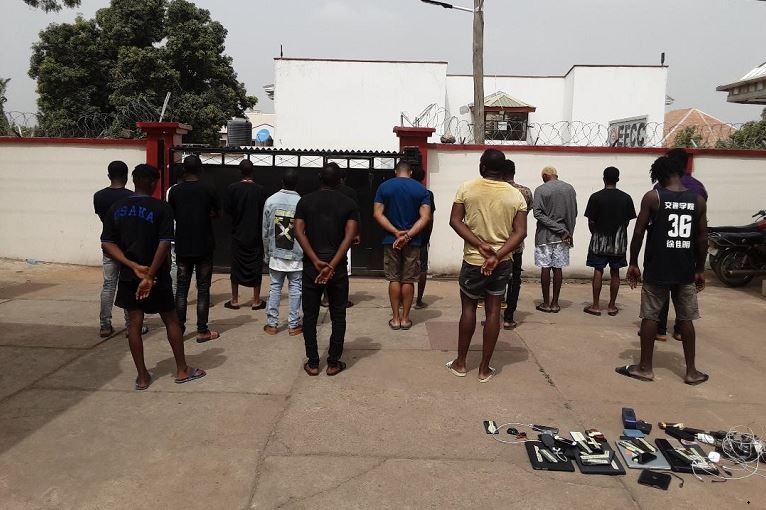 The operatives of the Makurdi Zonal Command of the Economic and Financial Crimes Commission, EFCC, on Saturday, March 19, 2022 arrested 17 internet fraud suspects known as Yahoo-Yahoo Boys, in Makurdi, Benue State.

They were arrested at different locations within Makurdi following actionable intelligence on their alleged criminal activities.

Items recovered from them include mobile phones, laptops, and several incriminating documents.

The suspects will be arraigned in court as soon as investigations are concluded.