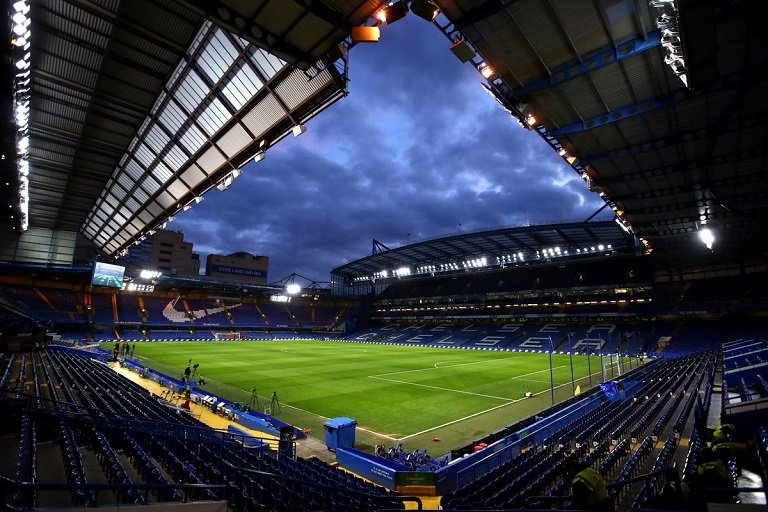 The club has been given a special licence to operate despite Abramovich having his assets frozen by the UK government.

Banks want to assess the licence criteria to ensure it does not breach the government’s sanctions and Chelsea do not know when the suspension will be lifted.

As part of the licence terms, Chelsea cannot receive money for match tickets which have not already been sold, future gate receipts for FA Cup games or merchandise from the club shop.

That is likely to leave the club with a huge shortfall, with their monthly wage bill amounting to £28m a month.

In discussions with the government on Thursday and Friday Chelsea made applications to change the terms of the licence which would allow the club to receive money for ticket sales, and also boost its limits on spending.

Talks were also held regarding an amendment to the licence about a potential sale of the club and included Raine Group – the American investment firm instructed to handle the sale before Abramovich was sanctioned.

On Friday, a spokesman for the Prime Minister later said the government was “in constant contact” with Chelsea and the Premier League and said the Blues could apply for an “amended licence”.

They added: “I believe Chelsea have said that they will do that, and we’ll obviously work with the club and the league to consider any operationally necessary changes.”

The club has already sold tickets for its game at home to Newcastle on Sunday and Chelsea are set to travel to Lille for a Champions League tie on Wednesday. The home match against Brentford on 2 April is sold out, but tickets will not be able to be sold for games after that.

It is unclear what would happen to gate receipts for the club’s FA Cup quarter-final against Championship side Middlesbrough on 19 March, with 45% going to each team.

Chelsea manager Thomas Tuchel raised the prospect of his players wearing a “message for peace” on their shirts, after mobile network provider Three suspended its shirt sponsorship deal with the club.

“Maybe the worry is more to find enough shirts that we can play in, with the sanctions,” Tuchel added. “But as long as we have enough shirts, and as long as the bus is full of fuel, we will arrive and we will be competitive.

“This is what everybody can be sure of and this is what we demand of ourselves and when it’s a big storm, you dig in, you are all together and then you stay strong and go through it.

“But messages for peace can never be wrong.”

Meanwhile, Chelsea fans have been urged to stop chanting in support of Abramovich, after supporters sang the Russian’s name during Chelsea’s win at Norwich on Thursday.

Premier League managers gave their views on the sanctioning of Abramovich for the first time on Friday.

Former Chelsea manager Antonio Conte – now in charge at Tottenham – said: “It’s very sad that this serious situation, this war between Russia and Ukraine, is affecting football and the sporting world.

“To know that Russia athletes are banned from competition is very sad. I think it’s not fair. I know very well the work that they do every day for this competition.

“You have to pay for this situation, I think it’s not right. Honestly, I hoped the situation is going to be solved, because it’s creating a lot of damage. We’re in 2022 and to see this is horrible for everybody.”

Liverpool manager Jurgen Klopp sympathised with employees at Chelsea but believes the government was “right” to sanction Abramovich because “he is close” to Putin.

Newcastle manager Eddie Howe believes the sanctions will not change how Chelsea perform, while Leicester manager Brendan Rodgers – who previously worked at Chelsea as a youth and reserve-team coach – said Tuchel’s situation is challenging.

“I’ve total empathy for him and for the players, but they’re very professional,” said Rodgers. “They’re an outstanding team and I’m sure they’ll focus on that element between now and the end of the season.”