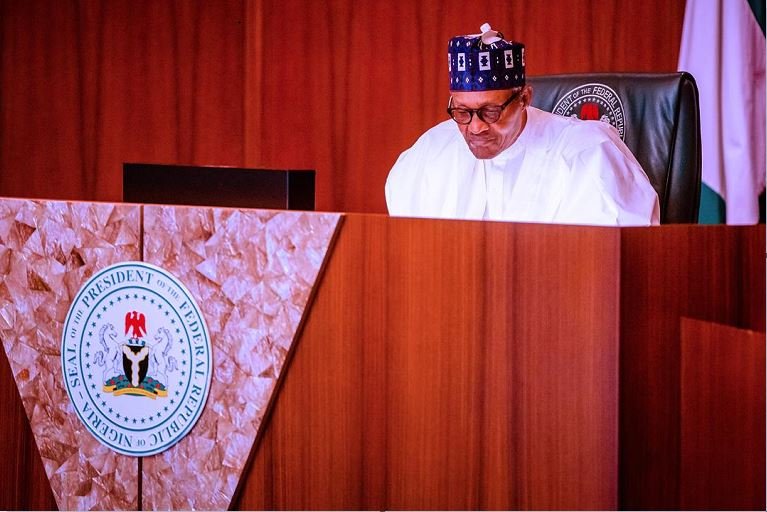 President Muhammadu Buhari on Wednesday intervened in the uncertainties currently rocking the All Progressives Congress, APC.

The President said Governor Mai Mala Buni will remain in charge until after the national convention on March 26.

In a letter personally signed by him and addressed to Governor Atiku Bagudu of Kebbi State who is also the Chairman of the Progressives Governors Forum, President Buhari said the multiplicity of cases currently rocking the party has the prospect of invalidating the activities and actions of the Party by the Independent National Electoral Commission (INEC).

The letter which was also copied to the Chairman of Caretaker Extraordinary Convention Committee (CECC), the acting Chairman of the CECC, Governor Sani Bello, the Director General of the DSS as well as the Inspector General of Police, the President said that since the party could not change the leadership of the CECC without infringing on the time limit set by INEC, and the fact that the current uncertainties and controversies “pose a real threat to the party,” he has therefore directed as follows:

“The issue of the leadership of the Caretaker Extraordinary Convention Committee (CECC) should immediately return to status quo ante;

“All members of the Governors Forum and their followers should desist from any behaviour or utterance that will likely lead to disunity in the ranks of the party, and ultimately jeorpadise the transition to the convention;

“The Mai Mala Buni-led Caretaker Extraordinary Convention Committee should accordingly be allowed to proceed with all necessary preparations to hold the convention as planned- unfailingly on 26th March, 2022.”